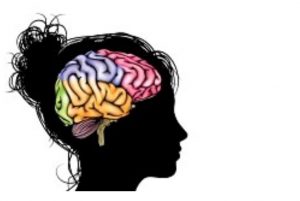 Millions of children struggle in mastering their native languages for effective communication. My work also seeks to identify pathophysiological changes in the brains of those who struggle with language.

Insensitivity to linguistic statistical information in ASD: Although children with ASD are characterized by social communication deficits, delayed language acquisition and impaired language skills are highly prevalent in this population. Does it originate from the social impairment, i.e. an indifference to human speech in general; or is there a specific deficit in cracking the speech code? By combining a passive auditory oddball paradigm with the magnetoencephalography (MEG), I found that the severity of language impairment in high-functioning children with ASD is specifically related to their insensitivity to the statistical information about speech content (syllable), but not speech acoustics in general (speaker identity). This finding rules out the possibility of a general impairment in detecting information about frequency of occurrence, but highlights the possibility for language-specific pathophysiological alterations in children with ASD.

Atypical language network across neurodevelopmental disorders:  Children with difficulty in either spoken (specific language impairment) and/or written language (dyslexia) show deficits in similar domains. In the effort of searching for ubiquitous mechanisms for language learning, I am particularly interested in whether there exists overlapping neural substrates of language impairment across multiple diagnoses. In an ongoing multi-modal neuroimaging study, we found that decreased phonological ability in both the reading-disability and ASD groups was associated with common white-matter structural abnormalities in two language-related tracts. The brain regions connected by these white-matter tracts also showed functional decoupling during a phonological fMRI task in both diagnostic groups. This work is among the first to investigate the neural basis of phonological processing across different neurodevelopmental disorders and has important implications for the Research Domain Criteria (RDoC) approach to psychiatry.