Padilla Perez’s and Carol Isabel’s thesis on ‘Identity Formation and Latina Representation in Young Adult Literature’ touches on the scarcity of Latinx representation despite the Latin community making up the “largest minority group in the United States…” In order to spark dialogue about Latin representation, the authors of this thesis believe that scholarship must grow to “empower young adult Latinas in identifying themselves in these texts.” Likewise, authors that do create Latin representation in their books must do so accurately to “challenge and breakthrough stereotypes in mainstream discourses.” While The Book of Unknown Americans, among a myriad of other books mentioned by the authors, discusses important issues about immigration and cultural displacement, the lack of focus on Latina character development is extremely pressing.

In this paper, Zac Tabler dives into the topics of cultural hybridity and transculturality to better understand how the characters in The Book of Unknown Americans come to represent transcultural individuals as they cope with the sociocultural challenges of a transcultural experience. The author expands upon many of Mayor’s struggles such as striving to establish his own personal identity, living in the shadow of his older brother Enrique, and coping with his feelings towards Maribel all while attempting to uphold his family’s cultural heritage. He further continues the conversation by highlighting how Mayor is a victim of cultural oppression due to the prejudice of American society that surrounds him. Furthermore, Tabler discusses the differences between the Toros and Riveras underlying incentives that ultimately brought them to the United States. He notes how the relationship formed between Alma and Celia essentially acts as a driving force that helps the whole Rivera family adapt to their new living situation, fundamentally making their transition into the American lifestyle go smoother. Lastly, the article elaborates on the author Cristina Henriquez and her purpose behind publishing the book. It brings forward how each character in the novel has their own personal perspective of the concept of “home” and how each one of them copes with this struggle to become a fully assimilated transcultural individual. 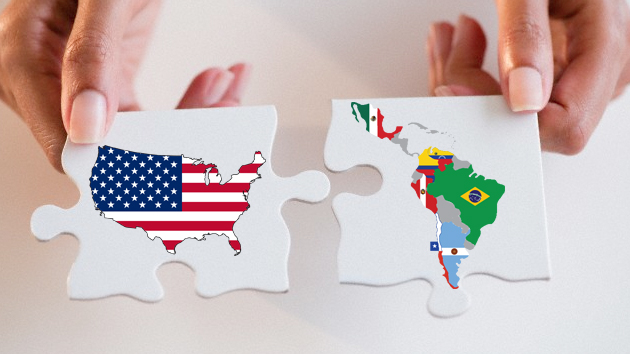 Learn more about: Before and After the Boom: Recent Scholarship on Latin American Literacy and Cultural Studies

In Alejandro Meter’s scholarly article, he writes about Latin American literature and cultural studies. These works that are reviewed shed new light on the lives and the literary and cultural production of Latin American writers before and after the Boom. The books demonstrate a broadening scope of analyses on Latin American literature and culture, which relates to The Book of Unknown Americans. Although Cristina Henriquez’s fiction does not provide a deep analysis on this topic, it overall ties in the theme of Latin American culture through the various characters and their interconnected backgrounds. The scholarly article mentions Mutual Impressions: Writers from the Americans Reading One Another, a book that encourages the reading of literary texts beyond national boundaries to solidify the connections of culture. Through this book, there is an emphasis on literary works that are both from and about authors who originate from Latin American territories, which is why The Book of Unknown Americans is often used as a teaching device in classrooms across the country.

In this scholarly article, Ganguly touches upon contemporary Latin American narrative and the attempt of defining an independent cultural identity through literature over the past two hundred years. She discusses some relevant background history and also notes the significant impact of not only Latin American novels, but even some serious and analytical literary magazines that successfully utilize the concept of narrative. She further continues by highlighting the transition of “old” to “new” narrative and the variety of themes that have occurred throughout the years. Mentioning multiple Latin American influential authors, Ganguly points out the differences and similarities that are visible among the multitude of produced Latin literary arts. The last three-fourths of the article focuses predominantly on Gabriel Garcia Marquez’s work and dives deep into specific contemporary analysis, while the beginning covers Latin American literature in a general scope concentrating on all the literary factors as a whole. Ganguly’s publication provides the reader with a great viewpoint that expands upon the history of Latin American literature, many of the key contributors and the aspects fueling the narrative.

Disabilities in Adolescent Literature and the Wider World

This article written by Abbye E. Meyer elaborates on contemporary novels that attempt to humanize disabilities among adolescents but end up marginalizing intellectual disabilities. Specifically, this article provides three main examples of how authors write on behalf of disabled individuals, sharing details from how various characters are perceived. This topic relates to The Book of Unknown Americans because Maribel, one of the main characters, suffers from a traumatic brain injury and is portrayed as an adolescent with a disability, specifically a cognitive disability. Although the exemplified texts within Meyer’s article exhibit intellectual disabilities among adolescents, all of the circumstances differ and do not directly mimic the character of Maribel.

In December 1997, Julie A.G. Stierwalt published a thesis in regards to the communicative abilities following traumatic brain injury in children and adolescents. This topic directly relates to Maribel, one of the main characters of The Book of Unknown Americans. At a young age, Maribel falls from a tall ladder and hits her head, causing her to lose her memory and struggle with communication. Stierwalt’s study reveals that “traumatic brain injury is the leading cause of disruption in the normal process of speech and language development…although they physically appear ‘normal’,” which is portrayed through Maribel’s character. This study goes into extensive detail about the impairments that come along with traumatic brain injury, specifically focusing on language and communication.

The Book of Unknown Americans Homepage