Map showing Norwegian settlement in the midwest by 1890.

While the total number of Norwegians in the United States is small, Norway is second only to Ireland in the percentage of its population that emigrated to America. Norwegian immigration to North America in the modern era began in 1825. Before the Civil War, Norwegian settlement centered in Wisconsin, with large settlements also forming in neighboring Iowa and Minnesota, although some Norwegians settled as far south as Texas. After the Civil War, Norwegians followed the railroads westward onto the Northern Great Plains. Some came directly from Norway; others had been born in places such as Houston and Fillmore Counties in southeastern Minnesota, or Mitchell and Worth Counties in northern Iowa, and had moved on to the next available land.

Of all the states, North Dakota was, and remains, the most Norwegian in proportion to its total population. Traill County, in the middle of the Red River Valley, between the cities of Fargo and Grand Forks, was 74 percent Norwegian in 1880. By 1900 Norwegians comprised almost one-fourth of the state’s population. Norwegians settled almost the entirety of the Goose and Sheyenne River valleys in the eastern half of the state and spread out along the Souris River in the western part of the state. They were successful farmers, quickly adjusting to Plains agriculture. In the early years the men supplemented their incomes by working as carpenters, teamsters, and railroad laborers, and single women took jobs in towns, often as maids or cooks. The large Norwegian presence in northwestern North Dakota led to the claim that one could walk from the Garrison Dam to the state’s northwest corner without leaving land owned by ethnic Norwegians.

For most Norwegians religion played a central role in community and private life. The Norwegian state church was Lutheran, and in the Great Plains most Norwegians remained Lutheran. But this apparent source of cultural unity was also one of division, as Norwegians founded fourteen different Lutheran synods, or denominations, all claiming to be Lutheran. Many of these competing synods later merged into larger organizations that are now part of the multiethnic Evangelical Lutheran Church in America. The different synods were maintained by an assertive and vigorous clergy who promoted an active cultural awareness. 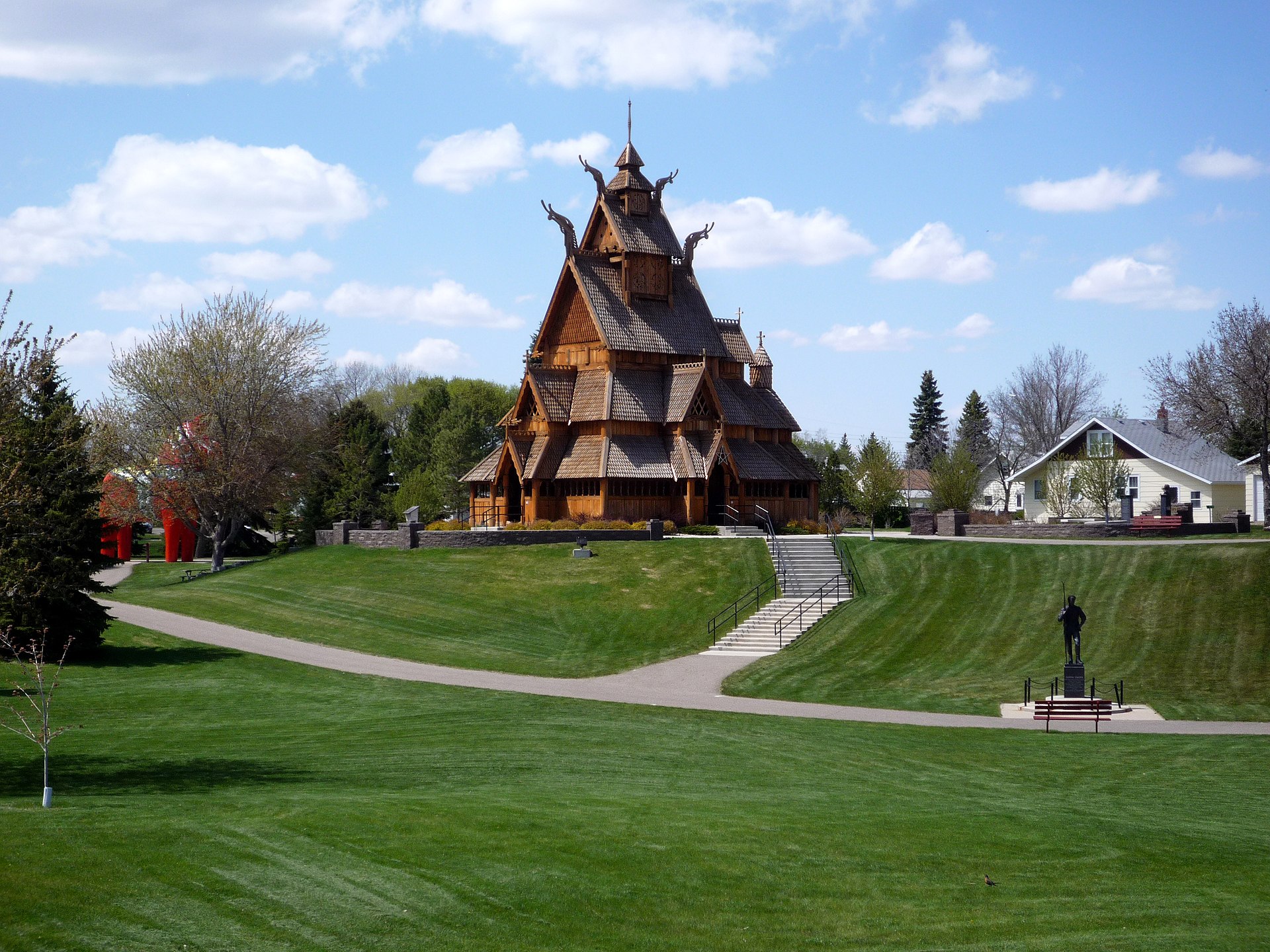 In addition to the church, two other organizations maintained and fostered Norwegian culture in the Great Plains. The bygdelag movement was a distinctive Norwegian organization formed by immigrant families and their descendants from a specific Norwegian valley, fjord area, or community district. They tended to be a rural phenomenon and to have a religious orientation. A strong attachment to the local Norwegian community from which they came was the major motivation behind the creation of the bygdelag. In contrast, the Sons of Norway tended to be an urban organization, a fraternal and secular society offering life insurance to its members. Clergy often attacked the Sons of Norway as a secret society similar to the Masonic order.

The Norwegians’ ethnic identity in the United States is a curious combination of pride and humility. Though a church or Sons of Norway lodge may still serve a traditional meal of lutefisk and lefse, most Norwegians are culturally assimilated. The creation and continued existence of the bygdelag and the Sons of Norway are indicative of cultural pride. On the other hand, Norwegian humor tends to poke fun at fellow countrymen, usually named Ole, Lars, or Lena. The Minnesota Vikings NFL team harks back to the nordic raiders of the Dark Ages, an ode to the ethnic roots that still reside in the northern Midwest.