Giants in the Earth is an immigrant story, and as such it is important to understand the immigrant relationship from a literary and historical view point.

The main interpretive point of view in this article by Odd Lovoll is how Norwegian-American history is interpreted as an independent historical process. Norwegians in America and in Norway are a people divided by migration. Lovoll posits that Norwegian-Americans are an integral part of American social history even if they are in part defined by their relationship to Norway. As a result, he identity, culture, and social life of the Norwegian-American population were formed by forces from within and by expectations and interactions with an undoubtedly pluralistic America.

Lovoll, Odd. “The Promise of America.” University of Minnesota Press, 1984.

In this article, Schultz delves deep into the historical movements that led to Norwegian immigration to the New World. He covers mainly from the 1700s through to the 1900s, including the major waves of immigration and went on once the Norwegians arrived. Specifically, however, there is an entire section dedicated to the settlement of Norwegians in Minnesota and the Twin Cities, which is especially applicable to Rolvaag’s works. 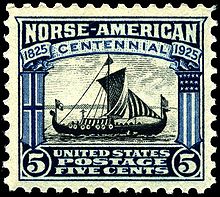 Stamp issued by the U.S. Postal Service in 1925 celebrating Norwegian-Americans.

Blegen argues that there are three historical problems related to the beginning of Norwegian immigration to America that have long confronted the subject. He emphasizes the role of prominent Norwegian-American pathfinder Cleng Peerson, the faith of the Norwegian church, and economic issues in the home country.

Migration is a central theme in many of Rolvaag’s other works, here you can learn more about the author’s personal relationship with migration and how it seeps into almost all of his stories.

Learn more about:  Reflections on Immigrants.

Simonson reflects on the writings of Norwegian immigrant Rølvaag and his character Beret. When discussing Rølvaag, Simonson emphasizes the Norwegian author’s intimate descriptions and wonderful prose relating to immigrant life and describing the difference between Norway and Minnesota. However, Simonson fails to weigh in on Rolvaag’s harsh, realistic depiction of pioneer prairie life as shown in Giants in the Earth.

Learn more about:  Rolvaag’s View as an Immigrant Author. 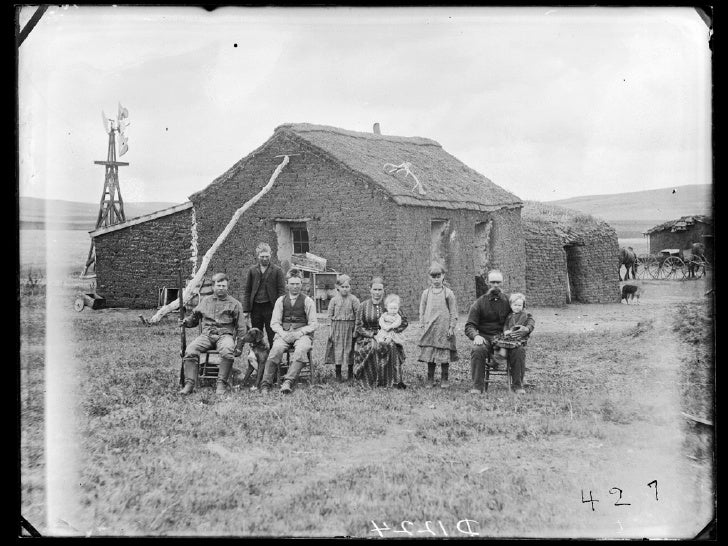 Norwegian pioneer family on the Great Plain circa 1870s..

In this article for the Western Humanities Review, Charles Boewe discusses how Rølvaag’s writings can be seen as an attempt to preserve Norwegian culture in America. Additionally, Boewe posits several criticisms that Rølvaag had of American society, particularly its money grabbing tendencies. Yet it is clear in the article that Rølvaag felt that Norwegian culture added something special to American society.

Eckstein posits that Rølvaag does little to contemplate the social narratives that gripped America as a whole. Instead, the article argues that Rølvaag rather narrowly focused on those afflicting the immigrant community to which he belonged. Eckstein goes as far to say that it was difficult for Rølvaag to “disassociate himself from the accepted norms and ttitudes of those of his fellow countrymen.”