Each blog, my topic changed radically. I moved from writing about a topic I took as a joke, to something I really got invested in, which was amazing. When I first started, I watched dumb Youtube videos, of random people doing voiceovers of pictures of Tupac, presenting their own views on the subject. But when I moved to my research topic, I was really invested in it, reading books about Tupac and religion, about Tupac and philosophy.

The only element of my blog incorporated into my blog was the narrative of Tupac’s murder. In my blog, I summed it up poorly, but in my paper I expanded it to make sure it sounded almost like a novel, like a Bible verse perhaps?

My research doesn’t really affect my outside studies, because I’m writing about Tupac. I suppose because I listen to rap music, I’ll be looking more into the lyrics of rap songs today, but other than that I don’t see much connection to my other studies, considering I’m taking science classes.

The biggest change I’ve noticed in my writing is my ability to analyze things. I never was that good at the whole analyzing and making it a paper, I was more into creative writing, which I tried to show in my narrative of Tupac’s murder.

All in all, this whole blogging has been an interesting ride, and never in my life did I think I would write a research paper connecting Tupac and Jesus Christ.

Do you know how hard it is to research a conspiracy theory? How hard it is to have this idea be taken seriously? Honestly, before this blog my friends and I were joking about the Tupac conspiracy and when I told them I was doing an English assignment about it, they all burst out laughing. Even now, a few weeks into this assignment and now I’m writing my research paper about Tupac being a modern day Jesus. The amount of shit I’ve seen people get on internet forums when they propose the idea of Tupac being alive is insane. 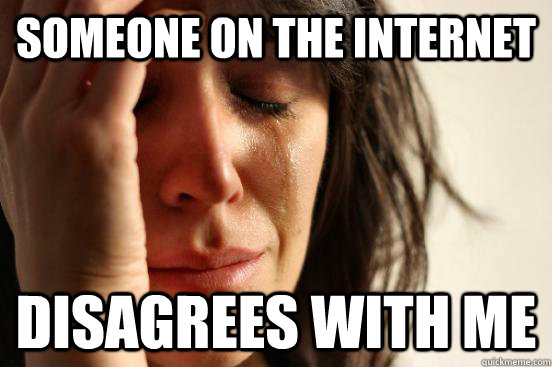 Not only has getting taken seriously been a problem for my blog been a problem, but so has finding credible sources for my research paper. Maybe because the connection between Tupac Shakur and Jesus Christ is a little tough to believe. I conducted my research in both books, online journal articles, and through google, which wasn’t easy. It was hard finding books written about Tupac and religion because, frankly, I don’t think you can fill a book with information on that. So I turned to the Internet and research Tupac’s influence today. My research turned me to reading about the hologram used in 2012’s Coachella and Tupac’s “return”at this time.

I was able to get my research done, but I really had to look. When using the databases, I really had to dig deep, find some good connecting words to search and I think I found some really great sources.

I learned a lot from this process, mainly how easily using a search engine besides Google could piss me off. But I also learned how to use search engines, and the computer nerd in me is thankful that I’ll now know what to do to make my Google searches even better.

I still haven’t taken a side in this debate, so I figured I’d start with the most interesting side, the one where Tupac Shakur is alive and well today.

The article jumps right into the supposed “facts” that prove the esteemed rapper is still alive, starting with his final album “Makaveli: Don Killuminati: The 7 Day Theory” and how it was named after Niccolo Machiavelli, an Italian philosopher “who believed that faking one’s own death was a sure way to foil his enemies.” The author then goes on to talk about all of the albums released after Tupac’s “death” and how it’s insane that an artist could have this much music already recorded and available to be released. The next point made is in regards to the lyrics of the posthumously released songs, referencing movies and political events that happened after he died.

This article had many points and it summed up the Tupac-is-alive side of the argument well, but it had some ideas that I agree with and some I don’t.  What I do agree with is the fact that Tupac has had 9 albums released after his “death” and his lyrics referencing events and movies from after his death. Another thing I agree with that I think is a little sketchy is that Tupac will be releasing another album this year titled “Death Faker”. Weird, right?

What I don’t agree with in this article is the fact that people compare Tupac to Machiavelli. Sure, he released an album called “Makaveli” and read a lot of books about Machiavelli and faking one’s death, but that doesn’t mean he actually was going to follow through with it. I’ve read the Harry Potter books a countless number of times, that doesn’t mean I’m going to try to do magic and attend Hogwarts.

(The article in question)

Tupac Shakur. Born 1971 and died 1996. He was gunned down in the streets of Las Vegas. That’s the story, and to this day rap fans across the world mourn his death. But did that actually happen? Was he actually killed? Could he still be alive? What if there was evidence supporting the fact that Tupac was still alive, and never was gunned down that night eighteen years ago?

If you do any research into this topic, literally just google “tupac conspiracy” you’ll find thousands, if not millions of websites and youtube videos and forums dedicated to providing proof for both sides of this argument, that Tupac is dead, or that he’s actually alive. People have their own opinions. I don’t. I’ve looked into this subject a little bit, but I haven’t formed my own opinion. The plan is to do this blog and make my own opinion.

Music has always been a huge part of my life. Growing up I listened to classic rock, and once I started high school I expanded my tastes. Right now, you’ll find on my iPod everything from Britney Spears to Florida Georgia Line to Blink 182 to Kendrick Lamar. I listen to everything. Tupac, or as is stage name goes, 2pac, has always been a huge section of my iTunes. Looking now, I have 370 songs by him. Tupac’s music is part of every playlist I have that includes rap, and once I heard about this conspiracy regarding his death, the idea has always intrigued me.

People nowadays tout Tupac as one of the greatest rappers of all time, if not the greatest. A question arose wondering if Tupac was considered the greatest when he was alive and rapping, or only posthumously awarded the title. To answer that, we have to dive into Tupac’s life when he was rapping. During his career, he wrote songs that had impeccable flow, that were about living the “thug life” yet everyone, from people living in ghettos to people living in suburban neighborhoods could relate to. He wrote songs about life and struggling and achieving dreams. People could argue that rappers today rap the same thing, but all you really here are lines about sleeping with women and making money. Tupac wrote songs about falling in love, about his love for his mother, about helping the poor. He was a social activist who constantly fought for people’s rights in the ghetto and for black rights. So yes, Tupac was considered the greatest rapper of his time. Dr. Dre was good, but never known worldwide, Biggie was amazing but never achieved the popularity levels of ‘Pac, and Snoop Dogg was still up-and-coming at the time but he quickly fell off the map. To this day, rappers are constantly rapping about Tupac and even they say he’s the greatest.

Another question posed about this idea was the fact that there was a lack of crime scene evidence and whether the legend came from just hope, the lack of evidence, or a mixture of both. I think it was both. The crime scene evidence, or lack thereof plays a significant part in this, but so does hope. Rap fans now and then revere Tupac, and everyone always hopes and prays that a loved one would come back from the dead so it’s not surprising that people would hope and pray for a leader of the rap community to come back from the dead.

So even though I haven’t even touched the surface of this conspiracy, of this hip hop urban legend, there’s still so much to think about.