This summer, I began the daunting and lengthy process of studying for the medical school entrance exam, or as most people know it, the MCAT. (Cue gasps of horror!) Scary, I know. I was nervous but excited to take this next big step in my academic career. When I had signed up for the exam, it was February and the start of the spring semester. My actual test day, which was at the end of August, seemed ages away. I took my time getting organized, finding study materials, and even purchasing a prep course—though not a necessity, it seemed like the right choice for me and my situation. While I did prepare for the many months of studying ahead of me, I was leaving my bad study habits untreated.

END_OF_DOCUMENT_TOKEN_TO_BE_REPLACED Earlier this month, I was fortunate enough to attend my first scientific conference, the annual meeting of the Biomedical Engineering Society, more easily referred to as BMES, in San Antonio, TX. There, I was able to present a poster on my undergraduate research project from the summer, as well as sit in on several panel discussions and presentations to get a sneak peek at unpublished research from universities across the country. Most importantly, however, I was able to network directly with other undergraduate students and PhD candidates alike about their work and experience living in different cities, and if I was fortunate enough, I was able to talk to faculty research advisors, or principal investigators (PIs). This was all possible due to not only the support of my lab and research mentors, but also with support from the Student Travel Award for Research Scholarship (STARS) program organized by Dr. Bansal, which fully funded the travel expenses for me and a handful of other UD BME seniors pursuing graduate school.

END_OF_DOCUMENT_TOKEN_TO_BE_REPLACED “Lessons Learned in a Busy Week” by Chris Hope

This semester has been quite the busy one, though it might be hard to find someone who won’t relate to that statement. Midterms ending some weeks ago, fall break on the horizon but just out of reach; it can be a time of wanting a rest from what just was, but not being able to have that rest just yet. For myself, a piece of that business has been occupied by the recent showing of HTAC’s Shrek the Musical and the Tech Week preceding it.

For the unaware, Tech Week for a theatre company is the week before opening night where all hands are on deck with daily rehearsals and constant work to improve upon performance and technical aspects, which in my case included creating or improving the show’s props and finding places for them backstage. Over the course of the week I realized that the sort of shifting emotions and work relate to the way they similarly shift throughout the academic semester, and each day has a way to be summarized and has something that can be learned from it. With that said, here are some lessons I learned from each day of Tech Week.

END_OF_DOCUMENT_TOKEN_TO_BE_REPLACED For the Honors class, we attend the combined lectures twice a week and have a separate meeting on South Campus after our Thursday lecture. Something that I especially enjoy about the Honors section is that it consists of just 10 students and two professors, as compared to our combined lecture of over 200 students.

I’ve gotten to know the professor and my peers much better because of this opportunity.

The Honors section is fascinating. For an Honors credit, we are conducting wildlife research in the woodlot forest on South Campus. There are three groups of students working together to answer various questions about wildlife. My group’s question is “How do different species respond to lures?” and the lures my group chose to study are fatty acid tablets, Gusto, and Obsession by Calvin Klein. The professors provided the lures and six game cameras to set up throughout the woodlot.

Each group will have four control cameras to reference throughout the research project. In three weeks we will be looking at the footage from our cameras to see the types and frequencies of animals approaching the cameras. I am personally most excited about seeing the animals who stick their face up to the cameras. These animals are going to take the most adorable selfies, which I will definitely be printing and framing. Maybe I’ll send them to National Geographic too just because I can. We are expecting to get photos of deer, skunks, raccoons, foxes, and possibly wolves.

Before starting our research, we set up a methods sheet that included a table for camera data as well as step-by-step instructions for the research. Theoretically, future students would be able to conduct research using our methods. I have never written methods, so this experience has been valuable practice for the research that I conduct in the future.

Then, this past week my group members and I went to the woodlot to set up our cameras. We spent an hour in the morning doing the first three cameras (one for each lure) and we returned in the afternoon to set up the last three cameras. We encountered many spiderwebs, poison ivy, bees and mosquitos. I had failed to consider that the forest would be muddy and humid. This was unfortunate, for I had decided to show up to the woodlot wearing two pairs of pants, a jacket and sneakers. Let’s just say that I now have a lot of muddy, sweaty clothing to wash.

The woodlot is a never-ending maze. If I was left alone, I would never be able to find my way out. I would just become one with the trees and maybe befriend some squirrels — that sounds pretty nice, actually. Thankfully, I was not left alone. However, my professor asked me to lead the group to find open game trails, which was easier said than done. Open game trails are the trails that don’t look like man-made trails, which is confusing because woodlot appears to have mostly human trails. We can’t put the cameras on the human trails because they are motion sensor cameras, so we would end up having hundreds of strangers on our hard drives instead of animals. We would learn nothing about the lure and we would be deprived of cute animal selfies.

I was embarrassingly bad at identifying game trails. Eventually, my group identified six different game trails to place our cameras. At each game trail, we fastened a camera to a tree and placed the lure across from the tree. I ended up begging my group members to set up the lure because I learned that “Gusto” is mouse guts and smells exactly how one would expect mouse guts to smell. I had too sensitive of a stomach to take one for the team. Additionally, I already reeked of the Calvin Klein cologne which smelled like a combination of bug spray and urine. Fortunately, the team took one for me. I set up the cameras and they set up the lure and we took test photos with each camera. Our professors asked us to pose like the animals we would see, so I’m very excited to see how silly we look in the photos.

One of the other groups is studying visual deterrents and using scarecrows, glitter tape and pink boas. Here are some photos from their set-up process! 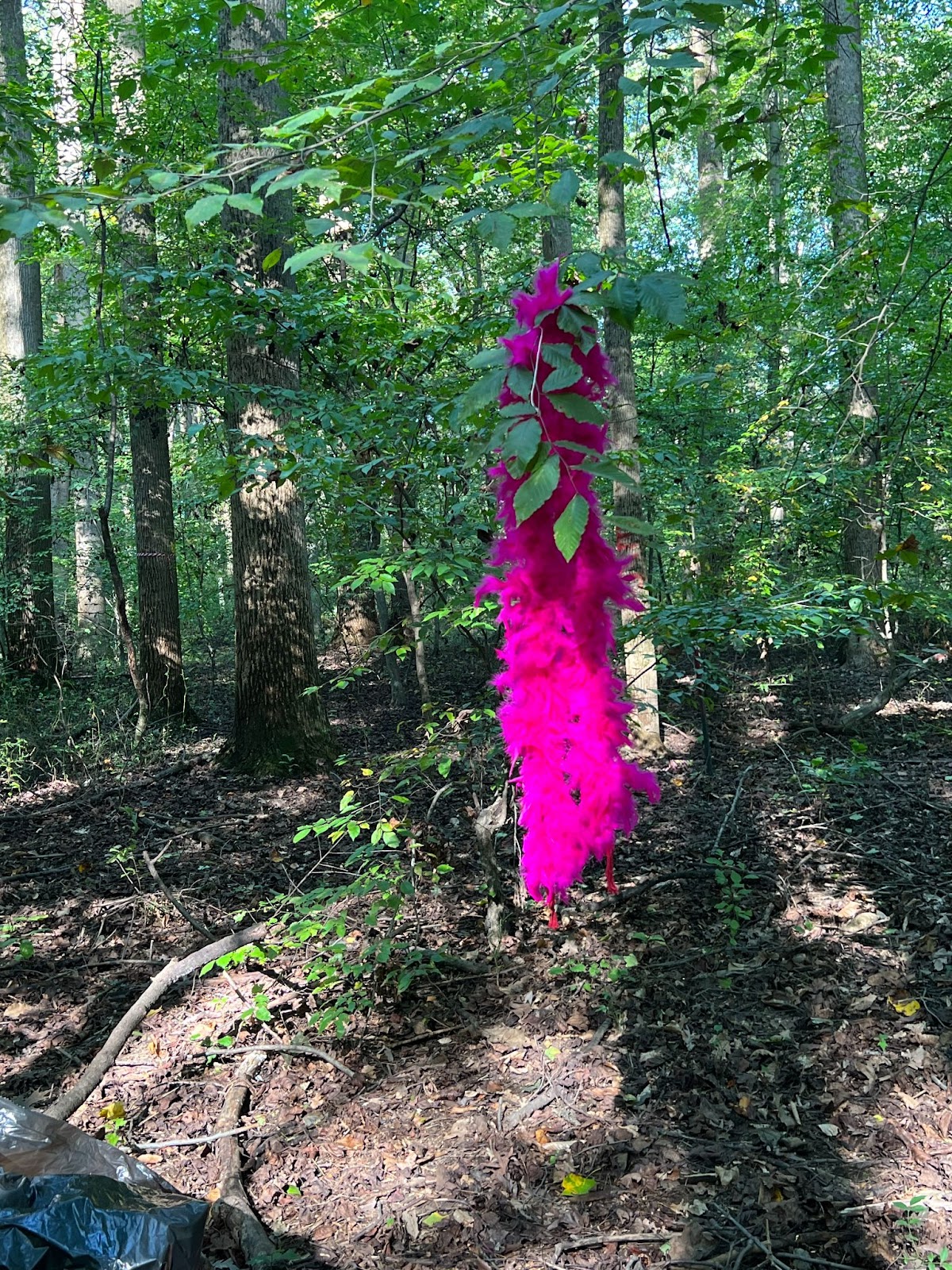 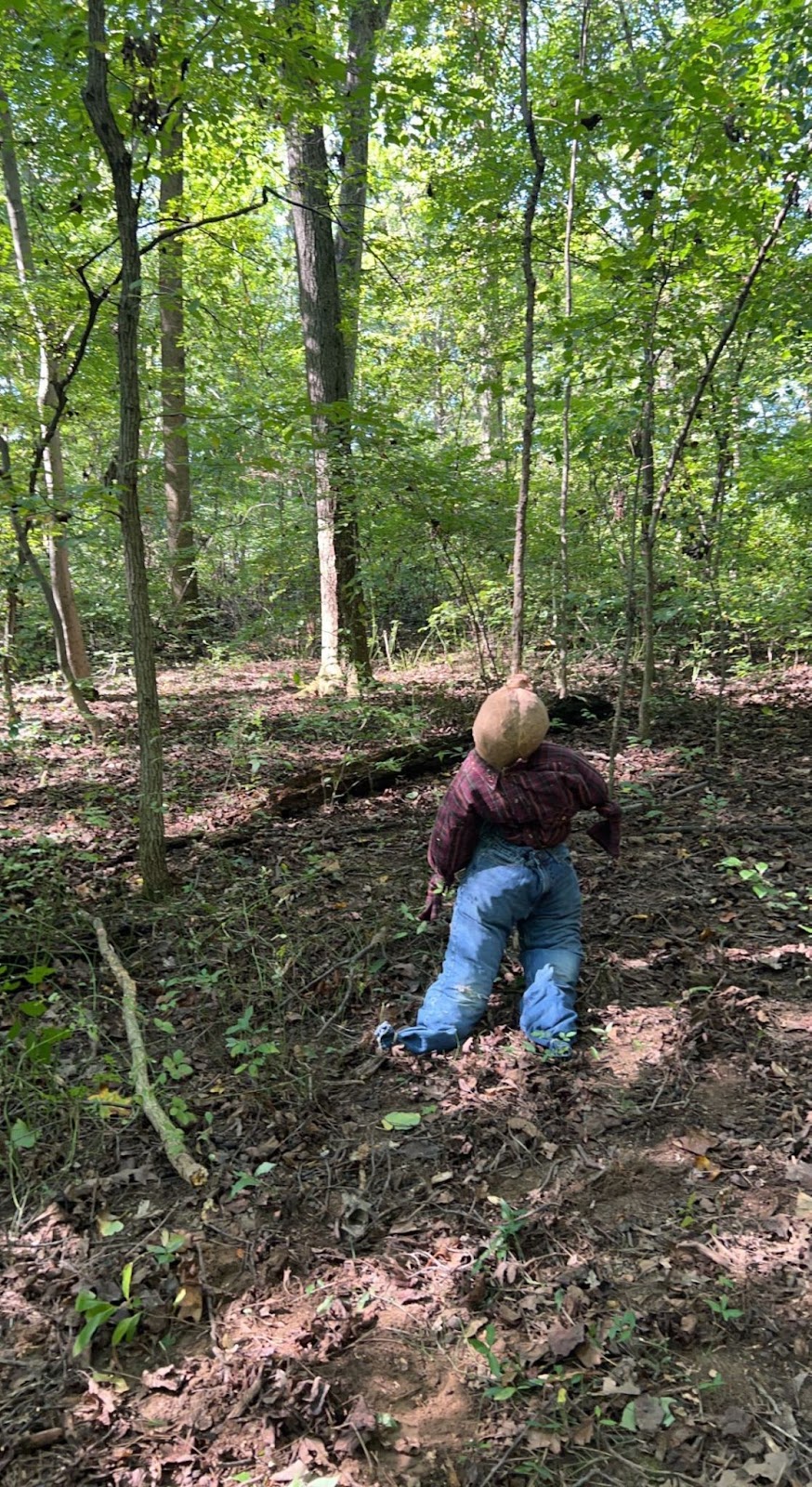 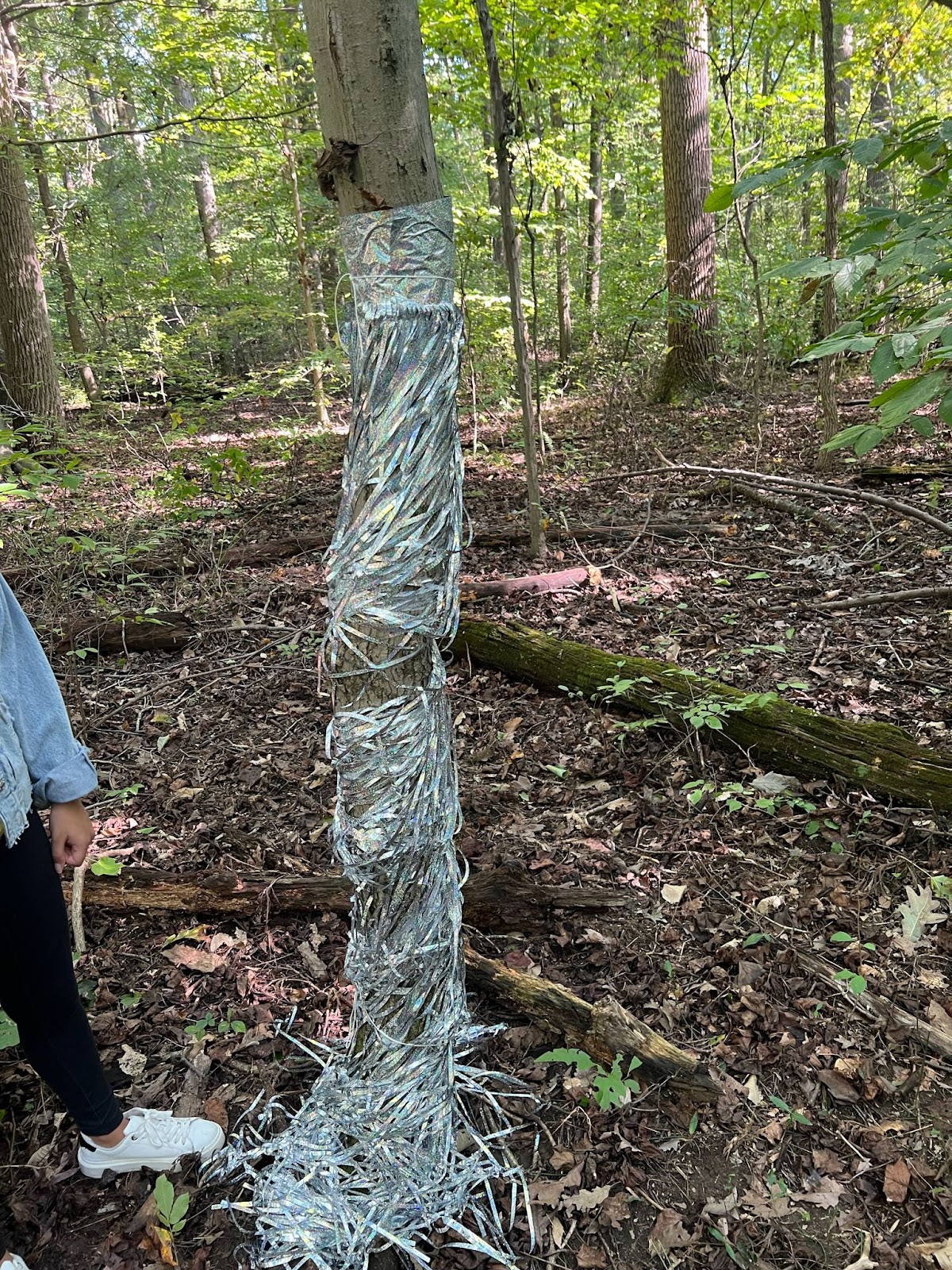 I can’t wait to see the results of everyone’s research! I am so glad I was able to take this Honors class. “Learning to Ask for Help” by Alex Stone

My first in-person, spring semester is already over, and I am still learning, or more like re-learning, how to navigate a college life that is not behind a computer screen. For so long, college consisted of sitting in my childhood bedroom, attending classes online, and having my dogs as my only study partners. It felt like I was very much on my own. Even with all the opportunities that UD had to offer online over the pandemic, it just did not feel the same as in-person school. I felt like I had to navigate this confusing time on my own, and as a pre-med student, that seemed so daunting.  END_OF_DOCUMENT_TOKEN_TO_BE_REPLACED