In 1963, the Rev. Martin Luther King Jr. wrote an open letter on scraps of available paper while he sat in a jail cell in Birmingham, Alabama. That now-famous letter was in response to eight white religious leaders who criticized King’s methods and, nearly 50 years after his death, it is often referenced when remembering Dr. King and his legacy.

About 100 people, many from the University of Delaware, gathered at the Newark United Methodist Church on Monday, Jan. 15, to celebrate Martin Luther King Jr. Day, a national holiday.

Seven diverse speakers read aloud from portions of “Letter from a Birmingham Jail.” The program brought together people from various groups, including the UD community, the Newark branch of the NAACP and elected officials, including Delaware’s U.S. Rep. Lisa Blunt Rochester, a UD alumna.

Event facilitator and 2015 UD graduate Shyanne Miller presented questions to those attending, and a microphone was passed around for those who wanted to share their thoughts. After Miller posed the question, “So what is being said here about the white moderate?” Blunt Rochester took the microphone, explaining that she was moved to speak.

“This room tonight is so beautiful,” said Blunt Rochester. “There’s black, white, young, old, millenials, everybody. I just want to thank you.”

The hourlong program concluded with a song. Everyone rose and sang in unison, “We Shall Overcome.”

After the program, event facilitator Miller said she was pleased with the turnout, but there is always more work to be done.

Naomi Seinsoth, a member of the church and 1974 UD graduate, said she never read the letter before and found it sobering in light of today’s race relations. Dr. King would have been 89 on Monday; he was assassinated on April 4, 1968.

“I was 11 and got on the school bus one morning, and they told us Dr. King was killed,” said Seinsoth. “Nothing’s ever been the same. But his memory is with us.” Florine Henderson, who recently retired from the admissions office after working 32 years at UD, said the event allowed her to really reflect.

“I think of all that has been done to help me become who I am, to pave the way for my children and my grandchildren,” Henderson said. “To allow me to be all that I am. I think of the path. The people who have tread the path and made a path through the wilderness for me to be able to stand and be who I am today. People have given their lives for me and I think Martin Luther King was the ultimate sacrifice.”

Cami Seward, a member of the Coalition to Dismantle the New Jim Crow, organized the event. It was modeled after a similar one she attended in recent years at Eastern State Penitentiary in Philadelphia. This was the first year at the church.

“I’ve been wanting a group in Newark to remember and work with the words of Martin Luther King as they are written in ‘Letter from a Birmingham Jail,’” Seward said. “So, this year it’s come together.”

Next month, Residence Life and Housing, in collaboration with the Blue Hen Leadership Program, will host the seventh annual MLK Day of Service to honor Dr. King’s legacy.

The activity is scheduled on Saturday, Feb. 24, after the spring semester has started to give all UD students the opportunity to serve and honor Dr. King. Students will be able to sign up beginning Feb. 12. From the Caribbean to Asia to the Middle East, each evening features a different theme. Article by Dante LaPenta Photo illustration by Bethany Comegys.

The Nutrition Program of the Department of Behavioral Health and Nutrition (BHAN) is teaming up with University of Delaware Dining Services and student groups to present “Learning About World Cultures through Food” this Winter Session. Unidel-funded winter session event is held Jan. 23-25 from 5 p.m. to 7 p.m. in Russell Residential Dining.

Attendees can learn about culture while enjoying food, demonstrations and crafts. Nutrition students and students from the featured cultures helped plan the experience. Recipes, fun facts about the cultures and healthy eating tips are also provided. Each evening has a different theme.

The University of Delaware ADVANCE Institute will host a panel discussion on the results of the 2016 Faculty Climate Survey on Sept. 20, from 3:30 p.m. to 5 p.m. The event will be held in Smith Hall, room 140. Anyone from the University community may attend.

The biannual faculty climate survey, launched in 2014, is sent to all full-time faculty to learn more about campus climate, faculty satisfaction and other factors that impact faculty development.

Provost Domenico Grasso will open the forum with brief remarks followed by a presentation of key survey results by Shawna Vican, director of UD ADVANCE. Topics include degree of professional satisfaction, attitudes toward the promotion and tenure process, mentoring, work-life balance and diversity. Vican will discuss implications of the findings for UD and how UD ADVANCE is working to address these issues.

The presentation will be followed by a panel discussion and Q&A with the audience moderated by Pam Cook, UD ADVANCE Principal Investigator (PI).

The ADVANCE team will also discuss the upcoming spring 2018 faculty climate survey. All faculty will be encouraged to complete the survey as a large response rate enables the University to gain a more accurate picture of experiences of faculty and also provide more meaningful research.

An example of research based on the 2014 faculty climate survey is the paper “Gender Differences in Pathways to Faculty Career Satisfaction,” written by Heather Doty, assistant professor of mechanical engineering, Robin Andreasen, associate professor of linguistics and cognitive science, and Dandan Chen, a doctoral candidate in the School of Education.

Relying on UD survey data, the authors used path analysis to determine the importance of various aspects of faculty work-life on career satisfaction and potential gender differences in these areas. The researchers found that effective institutional leadership and organizational mentoring influence job satisfaction for both men and women faculty. The effectiveness of the department chair is a factor especially relevant for women faculty.

The study was awarded the Denise Denton Best Paper Award at the 2017 American Society for Engineering Education annual meeting.

The researchers plan to use the results to improve the campus climate for women faculty, especially in fields where they are underrepresented. Due to limitations in sample size, researchers could not explore pathways to career satisfaction for faculty of color.

About the UD ADVANCE Institute

The UD ADVANCE Institute is aimed at implementing large-scale, comprehensive change to increase the representation and advancement of a diverse faculty workforce. It is supported by a five-year Institutional Transformation grant from the National Science Foundation. Alden E. Habacon will present a climate and culture workshop for managers:

Workshop information is available on the attached PDF.

A light breakfast and lunch will be served. 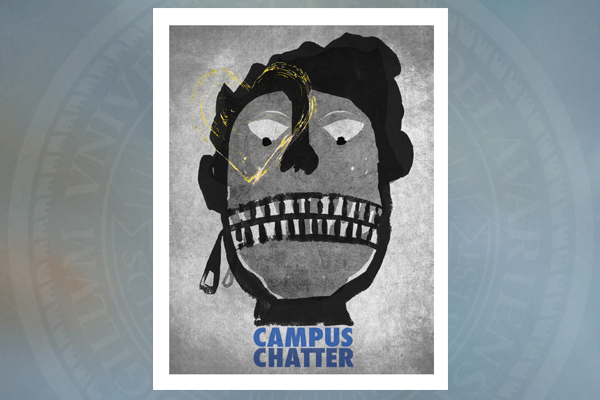 College interviews on edgy topics jump off the page and onto the stage in a new musical to be performed March 20-21 at Mitchell Hall on the University of Delaware campus in Newark.

During Winter Session this month, the course “From Page to Stage: Creating Campus Chatter, the New Musical” (MUSC 367) is being offered as part of an initiative with Student Life.

The course is designed to enrich the campus community and provide the general public an opportunity to meet the creative team of the innovative show, which will look at real challenges faced by today’s college students.

Class participants and those who attend the lectures will learn about the artists’ challenges and rewards in the creative process.

Lectures will be held as follows in Room 211 of the Amy E. du Pont Music Building. The exceptions are those Jan. 31 and Feb. 1, which will be held at a place to be determined. 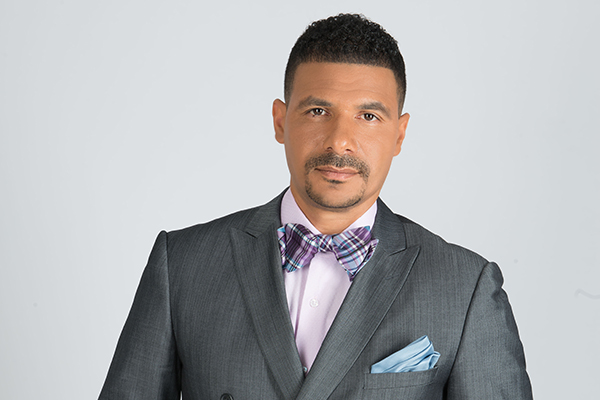 Educator and author Steve Perry, principal of Capital Preparatory Magnet School, will deliver the annual Louis L. Redding Lecture on Civil Rights and Social Justice at 5 p.m., Tuesday, April 5, in Mitchell Hall on the University of Delaware campus in Newark.

His topic will be “Your Life Matters.”

The lecture honors the late civil rights pioneer, a prominent lawyer in Wilmington, Delaware, whose work led to educational opportunities for African American students in the state and nation. In 2013, the University dedicated a new residence hall named in his honor.

The Office of the Vice Provost for Diversity is accepting applications for the Louis L. Redding Diversity Award. The award honors individuals or units at UD whose efforts have promoted, enhanced and implemented diversity programs or activities, resulting in a significant change in the campus climate and composition within the University community. It comes with a $1,000 gift to be awarded to a unit in the recipient’s honor.

Also included this year is the newly established Louis L. Redding Scholar Diversity Award. This award recognizes a student or student group, either graduate or undergraduate, that is a member of a historically underrepresented population at UD whose academic work and effort have promoted the betterment of the campus through racial and cultural awareness about issues of diversity and social justice. This award comes with a $500 gift to be awarded to a unit in the recipient’s honor.