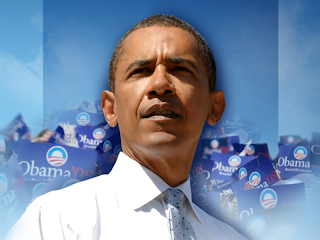 WASHINGTON, DC — In keeping with its pledge to make the inauguration of President-elect Barack Obama one of the most open and accessible in history, the Presidential Inaugural Committee (PIC) announced today that, for the first time, the entire length of the National Mall will be opened to the public so that more people than ever before will be able to witness the swearing-in of the President from a vantage point in sight of the Capitol.

The PIC has worked closely with officials from the District of Columbia government, the National Park Service, the Armed Forces Inaugural Committee (AFIC), and the Joint Congressional Committee on Inaugural Ceremonies (JCCIC) to make space at this historic location available to members of the public who are unable to obtain tickets to the swearing-in. Those who come to witness the swearing-in on the Mall will be able to watch and listen to the ceremony on large screens that will be provided by the PIC along the Mall.
View the press release.

For more information on the inauguration, visit the Presidential Inauguration Committee website: http://www.pic2009.org/

Here are some opportunities to help get Mike Migliore elected to the State House of Representatives. This is our last chance to make a difference in the 2008 election, and also a great way to get experience with a campaign!