3D Printing is a rising industry that has just begun to enter the public’s view within the last couple years. This technology initially named “additive manufacturing” has existed since the 1980s in the manufacturing sector. As the years when on, printing became cheaper and finally began to be recognized by hobbiest as 3D printing. Currently dozens of companies are beginning to compete in selling “desktop 3D printers” that can be used in a household setting. The opening up of 3D printer labs widens the opportunity further for the average consumer to interact with this revolutionary technology. The hobbiest movement is largely responsible for the gaining popularity of 3D printing and has opened up many possibilities in the prototyping space. Many people compare the movement of manufacturing back into the hands of the consumer as the next Industrial Revolution.

The intellectual property issue is brought to light when taking into account the online platforms available for creators to share their designs with other hobbiests. 3D printers follow a set of 3D modeled blueprints that can be shared and used on machines across the world. Through services like Shapeways consumers can order 3D printed object printed in their locations. The larger implications are the unofficial sharing of these blueprints. If a consumer has a 3D printer in their possession, it may be almost impossible to know who has printed the blueprint available.

The issue is not about who the “inventor” is, but is the potential for copyright and patent infringement. Fan art is a huge vein of 3D printed objects that has gone under investigation in recent years. Impassioned fans who decide to create figurines, action figures, or other forms of their favorite characters or objects or shows can fall into the trap of copyright infringement. Not only does this potentially dilute the brand recognition, but it also is not compensating the creators. And in terms of the law, blueprint sharing networks fall under protection of the Digital Millennial Copyright Act by providing a disclaimer stating that creators have the right to file for copyright infringement. This means these sights do not need to regulate what is coming through their system, it is the creator’s job to enforce their copyright. This proves to be difficult when tracking and tracking where these designs are being sold and used since there is the potential for thousands of variations. 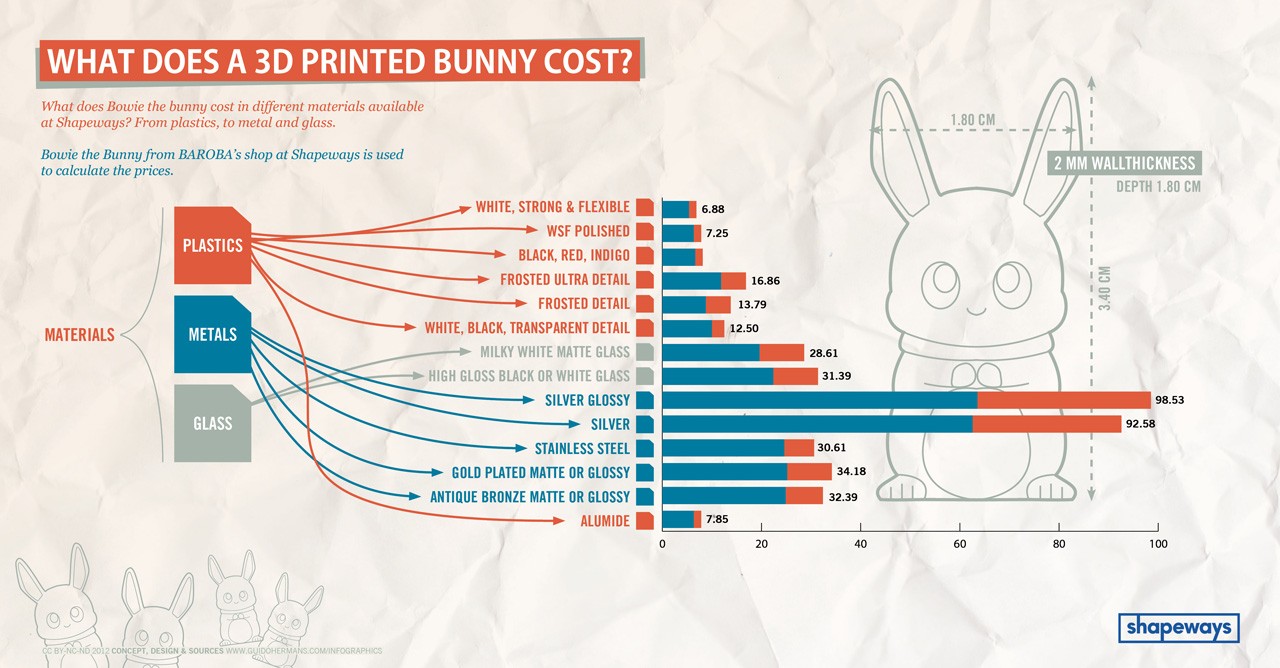 When approaching this industry in terms of patents, it could potentially change the structure of our economy. 3D printing opens up the possibility to replace patented components or inventions for fractions of the cost. A study by Michigan Tech stated that “Anyone with a 3D printer with the sophistication can bypass the traditional supply chain”, saving the consumer upwards of $2,000 a year. This savings resulting from the lack of compensation for the inventor. Adding up these costs across the board could result in the loss of jobs and put people out of business. When attempting to track this infringement, it is virtually impossible especially when many of these parts are made and printed off the online network.

3D printing opens up an immense opportunity for invention and creation among the average consumer. I don’t doubt that this technology will follow the same path as the computer; eventually lowering the cost and ease of use until it is available to everyone. Copyright and patent laws directly contradict the opportunity 3D printing provides to allow everyone to be their own manufacturers and inventors. I almost would like to compare the fluidity of objects to the fluidity of illegal downloads available on the internet. You could track down each individual violator; however, this would cost vastly more than its worth. The manpower alone would require an army and the amount of cases would severely back up our legal system. When proposing a solution it is hard to determine the correct course of action. When 3D printing becomes widely used, I believe a major legal reform will have to take place in order to accommodate the change in our society. I think it is important we allow 3D printing to fully develop before beginning to attempt a solution. Our intellectual property laws have been challenged by the digital age in ways we ever thought were possible and this may be the straw that breaks the camel’s back. The only foreseeable solution to this problem would involve the companies’ accommodating and accepting this new technology and offering options for consumers to 3D print and change their products. Although this solution does not lie in the law, I think this is the best way to ensure the creators are getting the credit they deserve.

IP Lawyer: Why 3D printing will lead to “thermonuclear wars”

The Next Big Fight: 3D Printing and Intellectual Property