To help the UD NSLI-Y students understand Chinese culture in its complexity and diversity, on July 12 we organized a cultural excursion to the city of Quanzhou, the starting point of the ancient maritime Silk Road. Located about one hour away from Xiamen, the ancient town of Quanzhou, whose history dates back to the Song (960-1279) and Yuan dynasties (1271-1368), is where the renowned ancient maritime Silk Road started.  In the early days, because of all the trade that was taking place in this region, many different cultures (Buddhism, Christianity, and Islam) were meshed together and contributed to the cultural diversity of the area. Students visited the famous Maritime Museum and were impressed by its rich collection of artifacts of different cultures. “This was especially interesting to me,” Anna Williams said, “as even though America houses so many people of so many different backgrounds, I would rarely be able to find this fascinating mingling of religions.” 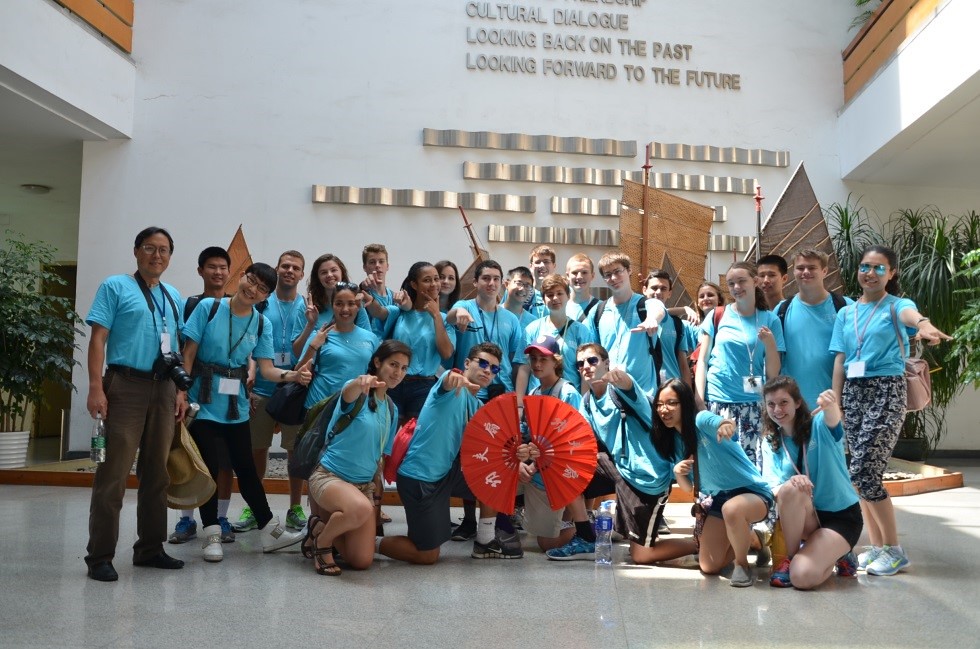 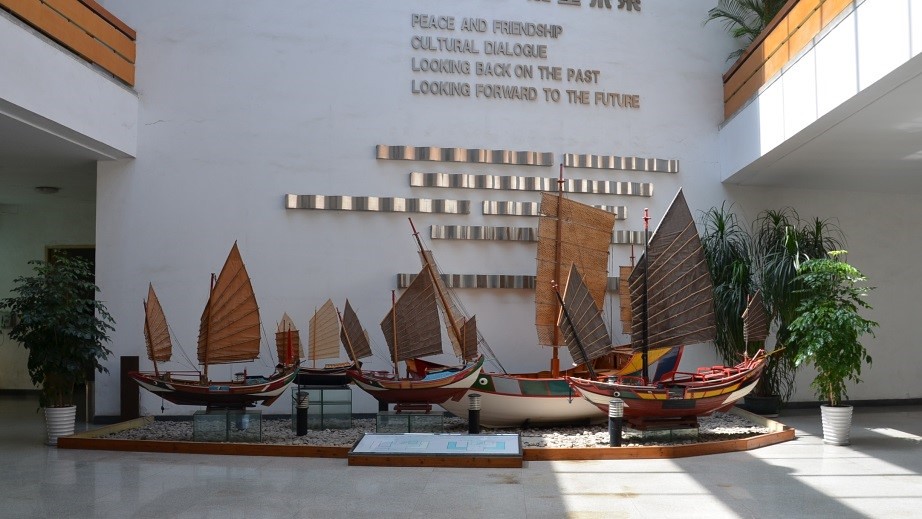 the Maritime Museum in Quanzhou

On July 14 UD NSLI-Y students helped the Xiamen University campus organize its student bike parking: picking up the bicycles that had fallen over everywhere. Since it is commonplace for Chinese college students to travel to and from class on bicycles and since there are so many bicycles, which park extremely close together, they often get knocked over like a trail of dominos knocking each other over one by one. The fallen bicycles have caused a lot of inconvenience to passengers on campus. Anthony Abinanti was quoted as saying “Doing community service feels great. Since we have been the foreigners who have bombarded the Xiamen campus with our bright blue shirts, it is nice to show the locals how great of a group of students we are.” 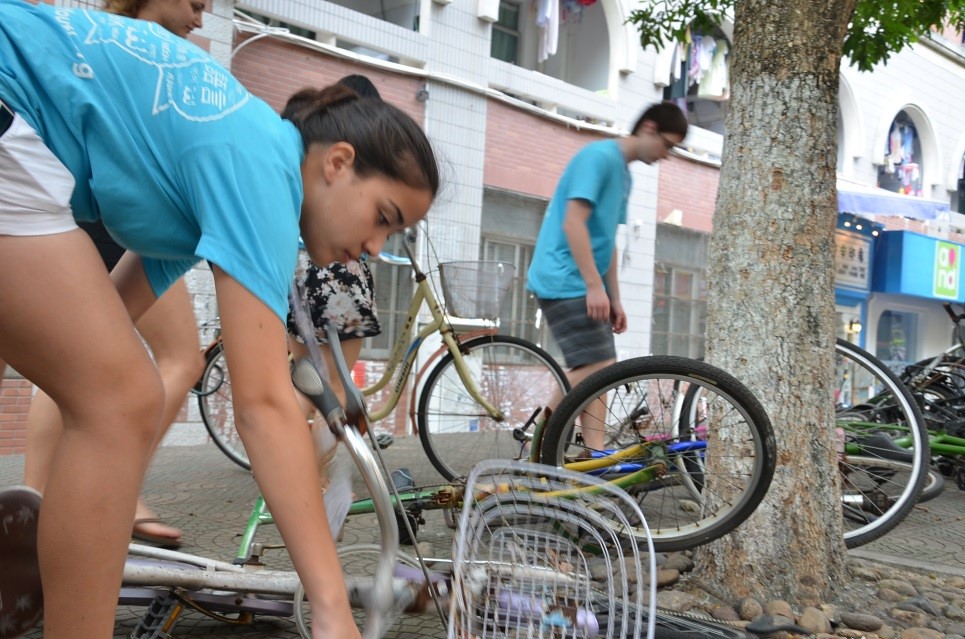 Caroline and Stefan were picking up the fallen bikes on campus. 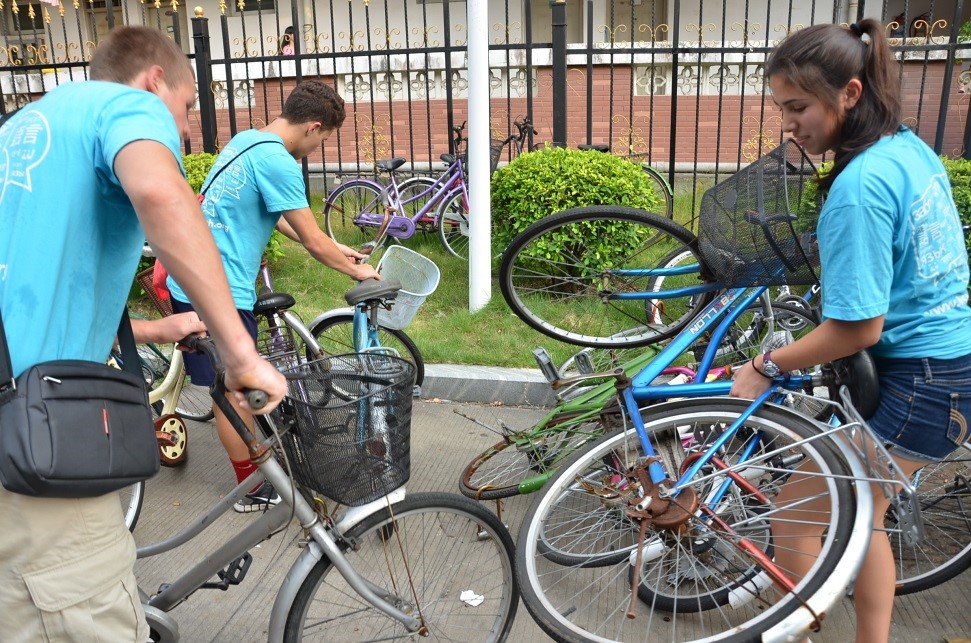 Samara, Isaac, and Adrien were picking up the fallen bikes on campus.