“Wait, you actually have snow shovels hanging in your garage?” said David, my Hawaiian roommate. Last night before we went to bed, David and I were talking about our daily lives back in the United States. It turns out that his daily life in Honolulu, HI differs greatly from that of my daily routine in Pittsburgh, PA. Just as I had no idea what “poke” was (a traditional Hawaiian dish of raw fish), I guess it is justified that David did not know what a “salt truck” was. It seems that the NSLI-Y program really does bring cultures together.

Today we had our second full Chinese immersion day! Immersion days require all students to only speak Chinese for the entire day. If a student is caught speaking English by one of the teachers or chaperones, then the corresponding team that that person is associated with loses points. Even though it can be rather difficult and frustrating to speak in only Chinese for an entire day, it has been proven that full immersion of a language is the prime path to learning a foreign language.

Beyond the fact that today was an immersion day, we had a relatively routine morning and afternoon. We all began our days with language classes followed by lunch. Next we continued to Dr. Chen’s Culture class and then to our interest groups. Today was our second day in our new interest group rotation. For this week, I am studying calligraphy! 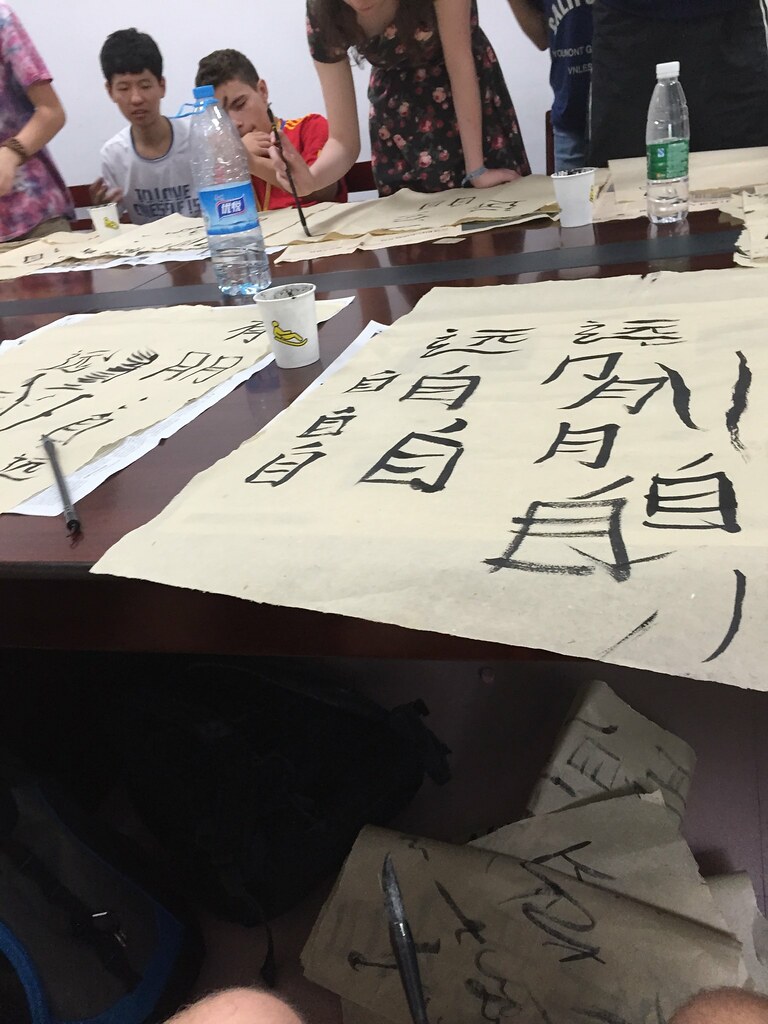 I was really excited to start calligraphy, but to be completely honest I am horrible at it. To be good at Chinese calligraphy, one must possess a great deal of patience and focus. At 3:30 in the afternoon after hours of classroom instruction, my focus and patience are nearly gone and as a result, my calligraphy is illegible. After our interest groups, we had tutoring sessions with college students at Xiamen University.

After our tutoring sessions, the NSLI-Y group as a whole completed our second “Green-Drive” community service project. For today’s project, we went around Xiamen University’s campus and helped pick up bicycles that had fallen over. This may seem like a fairly odd type of service work, but since it is commonplace for Chinese college students to travel to and from class on bicycles, bikes can be seen parked on every corner! Since there are so many bicycles, they are parked extremely close together and often get knocked over. Like a trail of dominos knocking each other over one by one, the bicycles do the same. Doing community service feels great. Since we have been the foreigners who have bombarded the Xiamen campus with our bright blue shirts, it is nice to show the locals how great of a group of students we are. 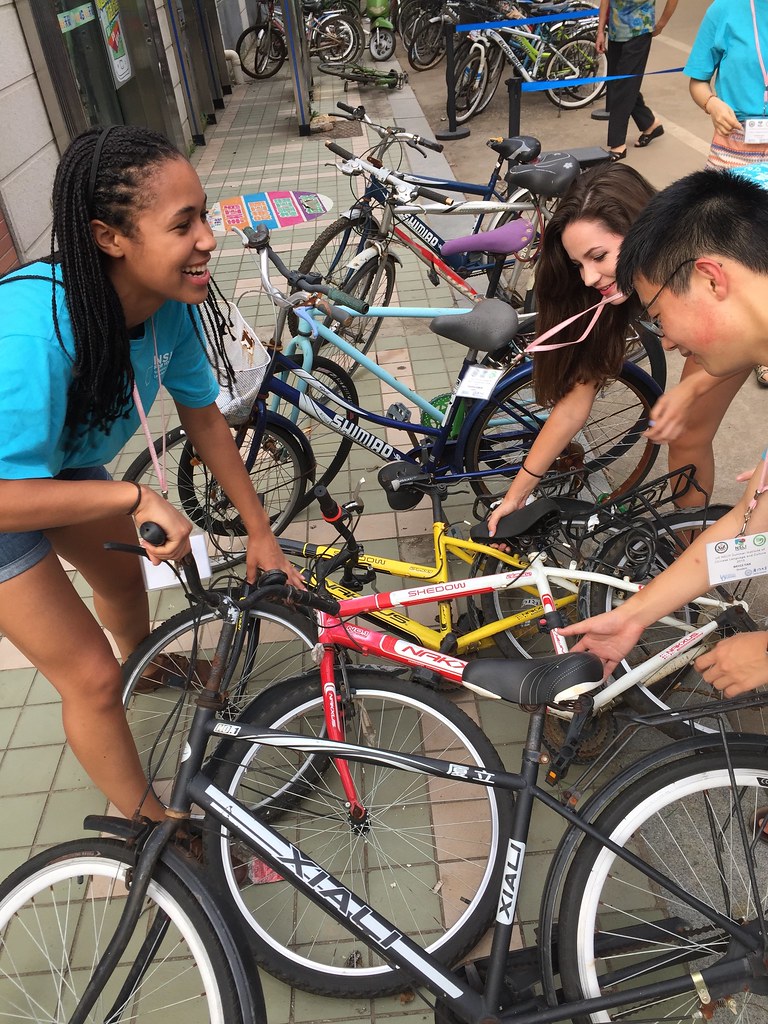 “Green-Drive” community service project 2: picking up bicycles that had fallen over. 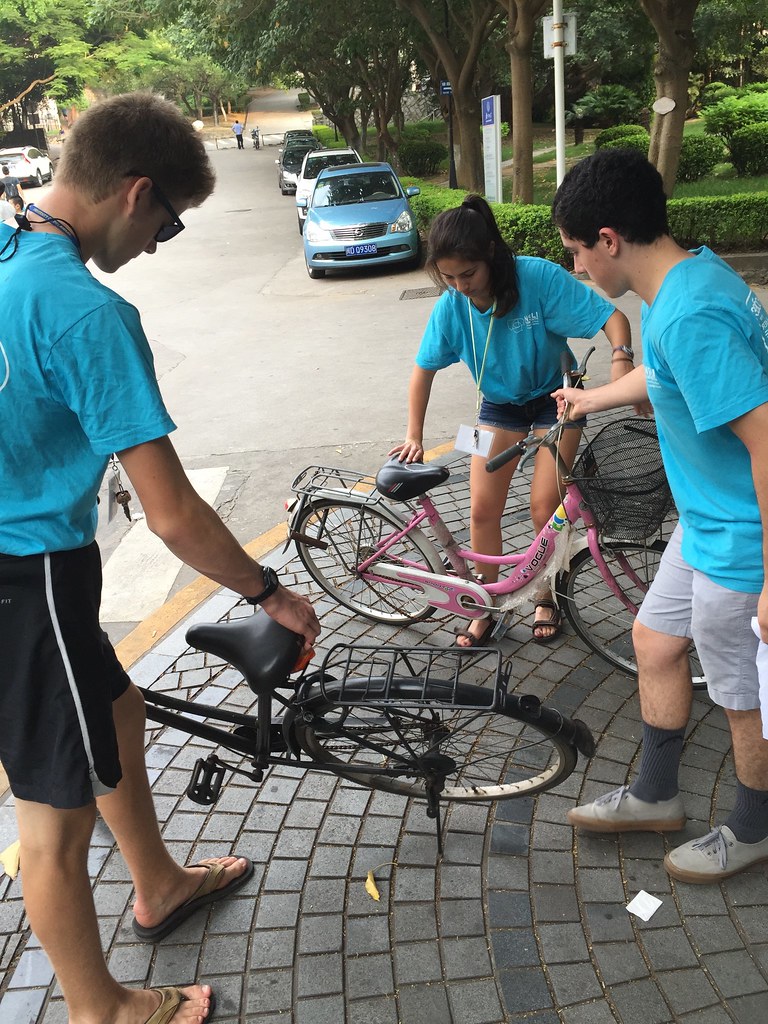 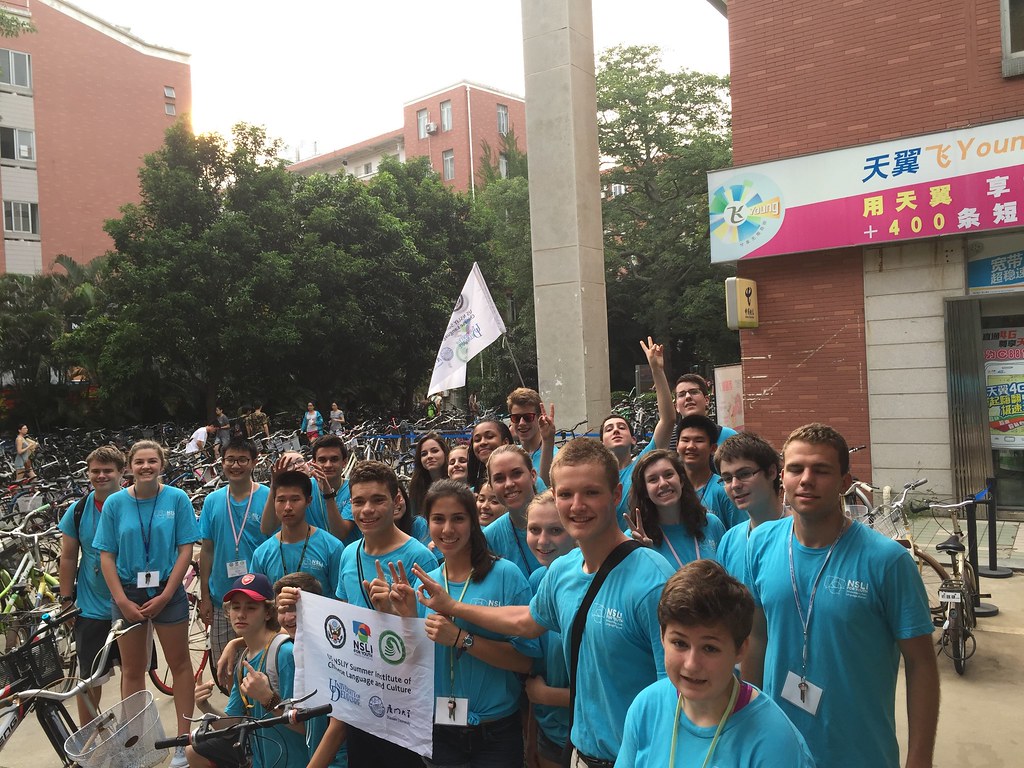