On July 12, the NSLIY group left the urbanized city of Xiamen in the early morning. After more than three hours of bus, the group arrived at Nanjing County of southeastern Fujian, where the famous World Heritage site, the Tulous are located.

A tulou is a unique residential architecture in Fujian, China. It is usually a large, enclosed and fortified earth building, most commonly rectangular or circular in configuration, with very thick load-bearing rammed earth walls between three and five stories high and housing up to 80 families. Each Tulou structure resembles a small fortified city.

Among many of the Tulou structures in southern Fujian, the NSLIY group visited the Hegui Lou, located in Nanjing County. It was built more than two hundred years ago in the Qing Dynasty in 1732. It spreads out to occupy 1,547 sq. meters (0.38 acre) of land. It is the tallest rectangular Tulou in Fujian with five storeys and was built on a swamp. After more than 200 years, it is still well preserved. Hegui Lou was inscribed in 2008 by UNESCO with many other Tulou buildings in Fujian as World Heritage Site, as “exceptional examples of a building tradition and function exemplifying a particular type of communal living and defensive organization [in a] harmonious relationship with their environment”. (Wikipedia) 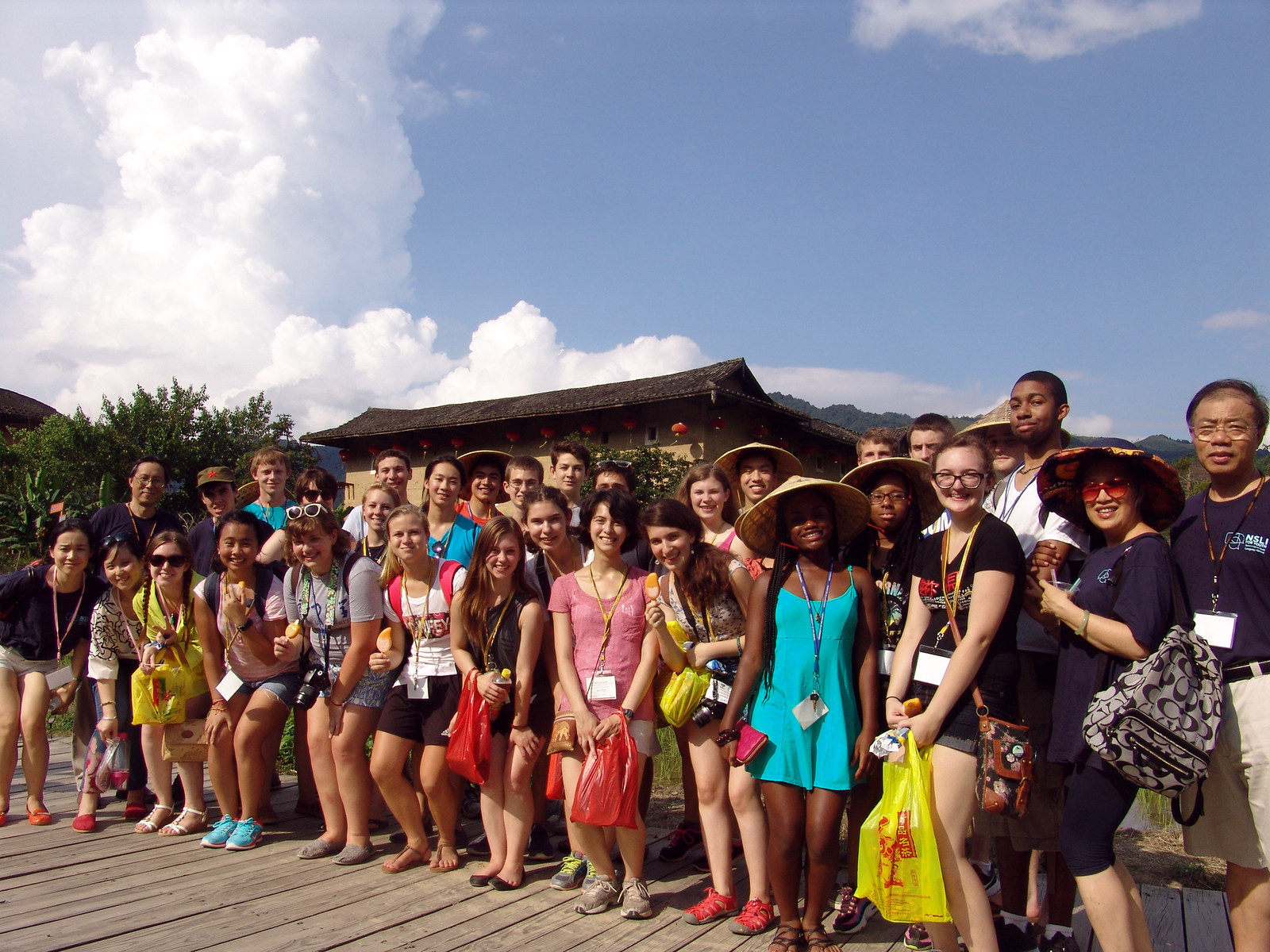 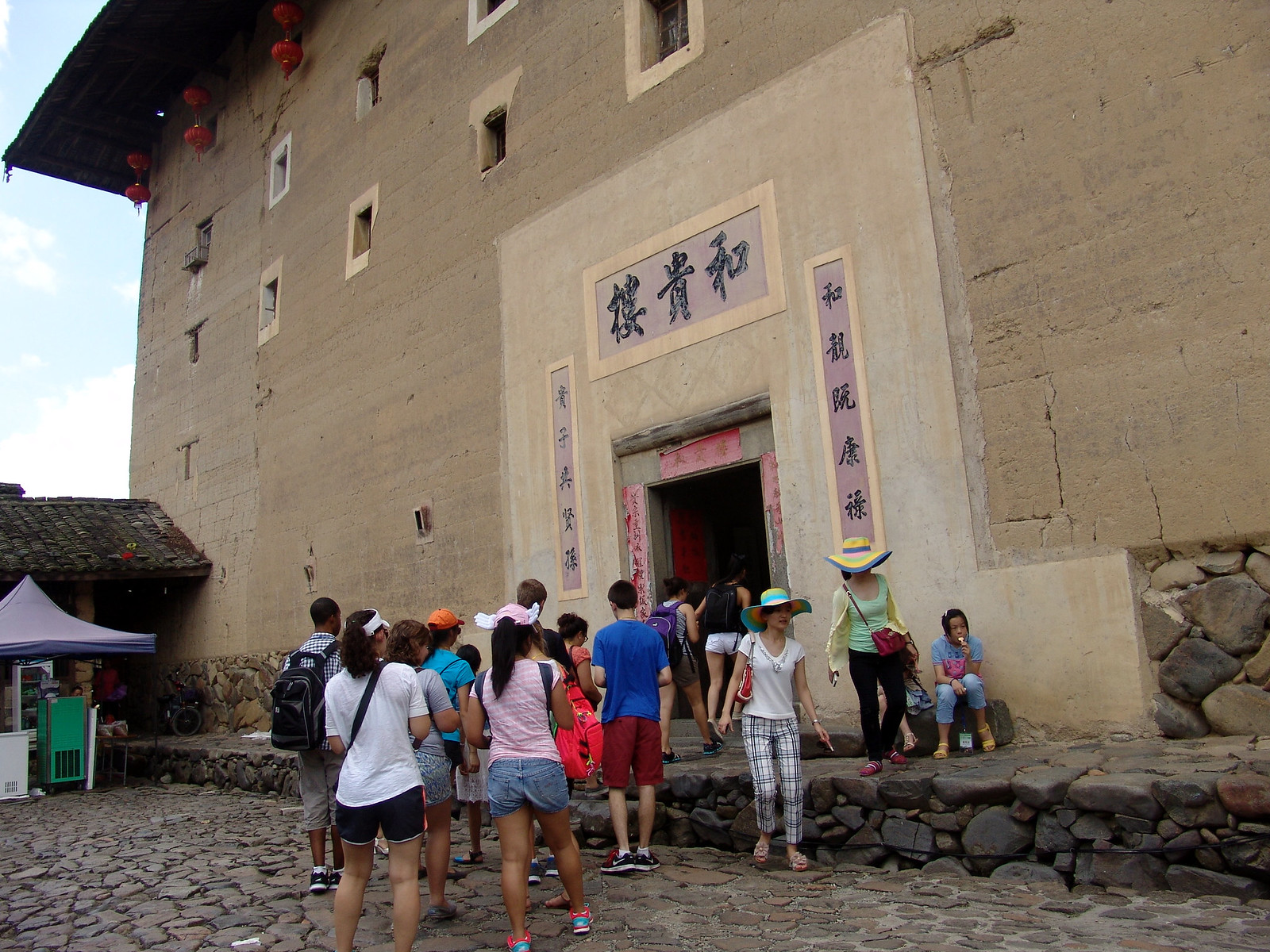 The participants are about to enter the Hegui Tulou. 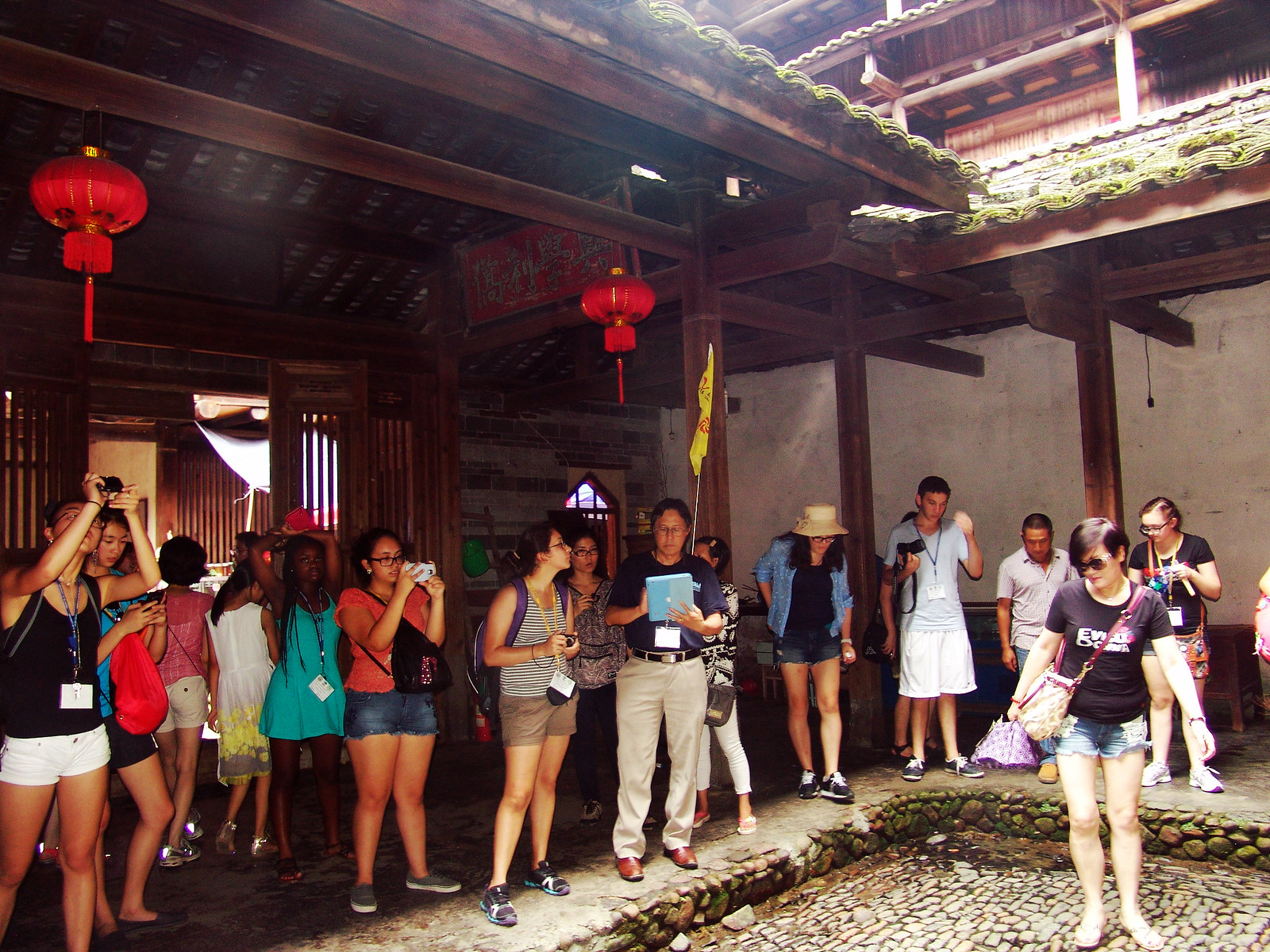 The group visited the Yun Shui Yao Villiage, named after a romantic movie “The Knot”, a 2006 Chinese film. The movie was filmed in the small village originally named Chang Jiao, later renamed because of the movie. It is a beautiful rural village in the mountains and among creeks. All participants had fun experiencing a beautiful relaxing afternoon in the village. 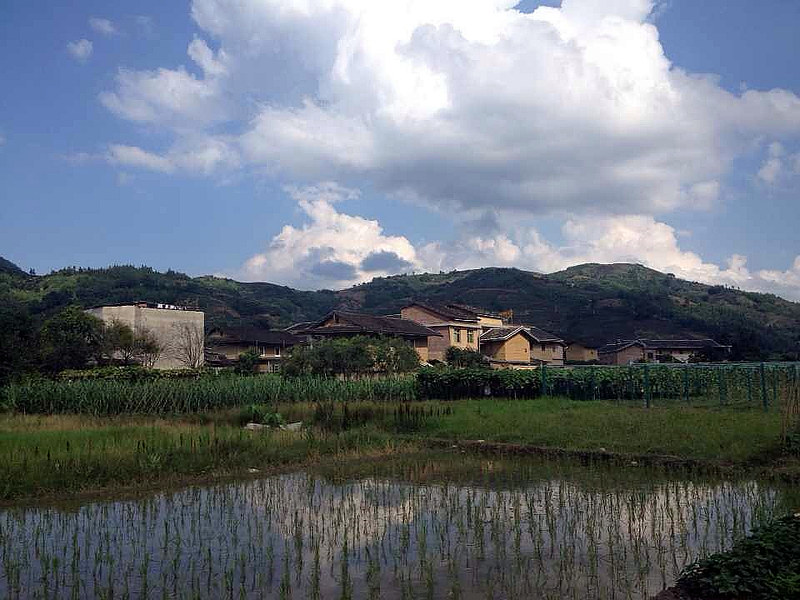 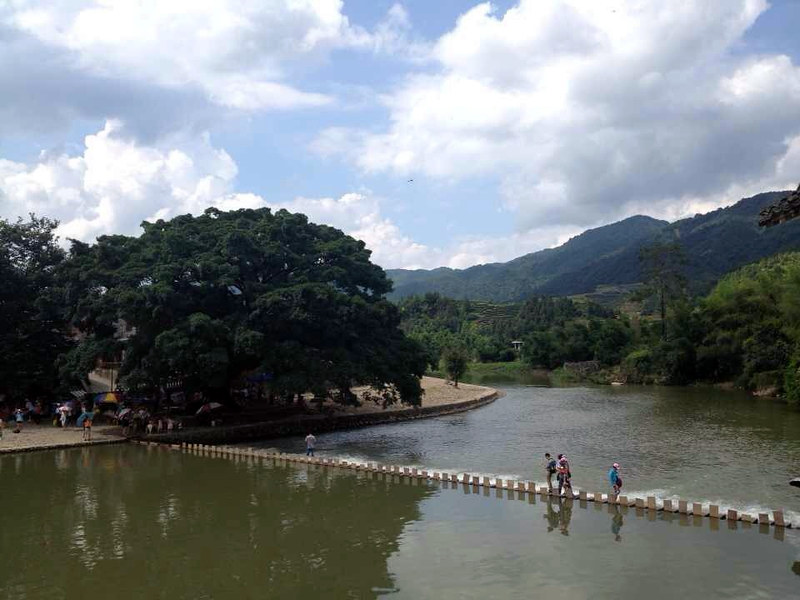 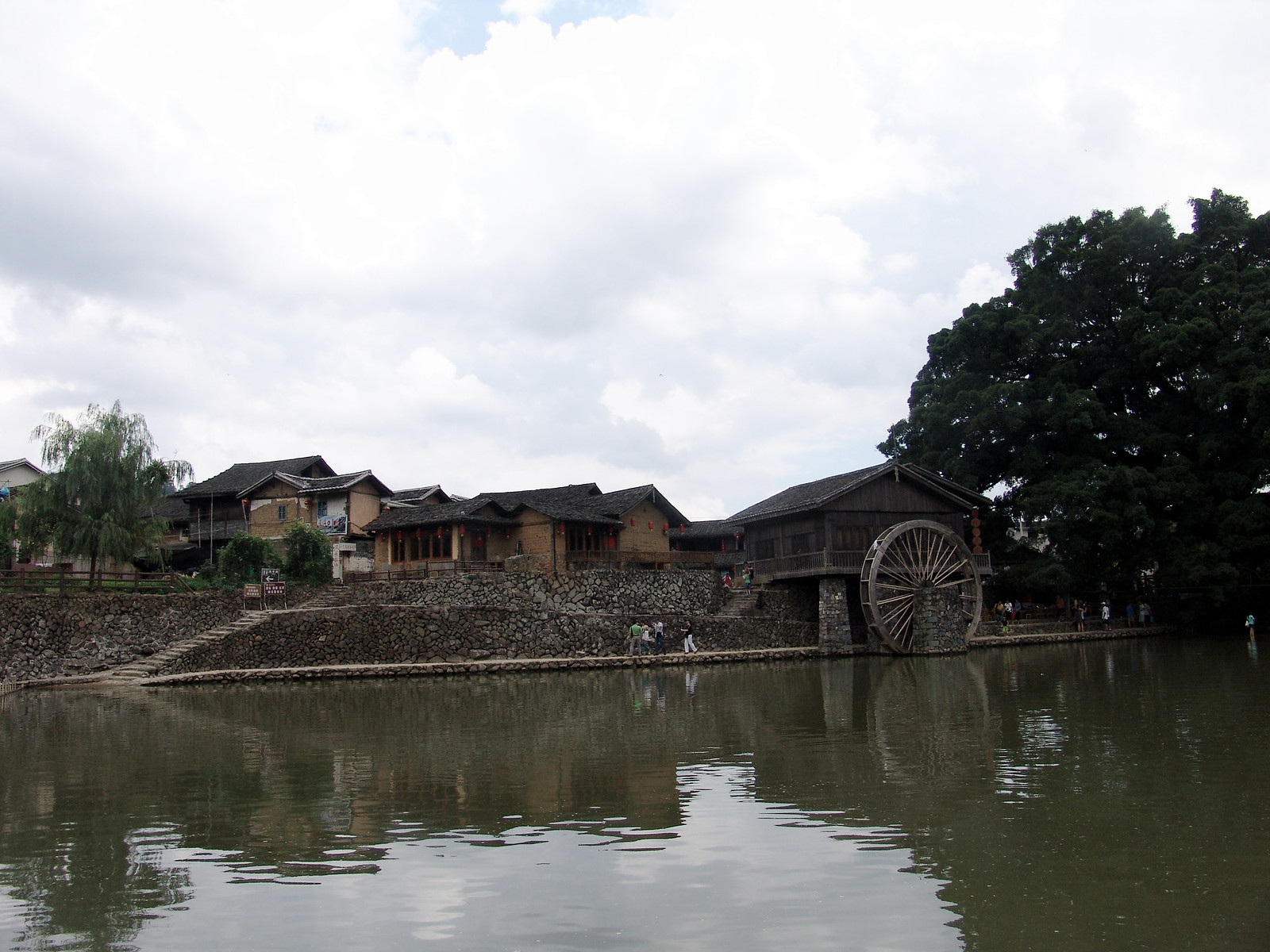 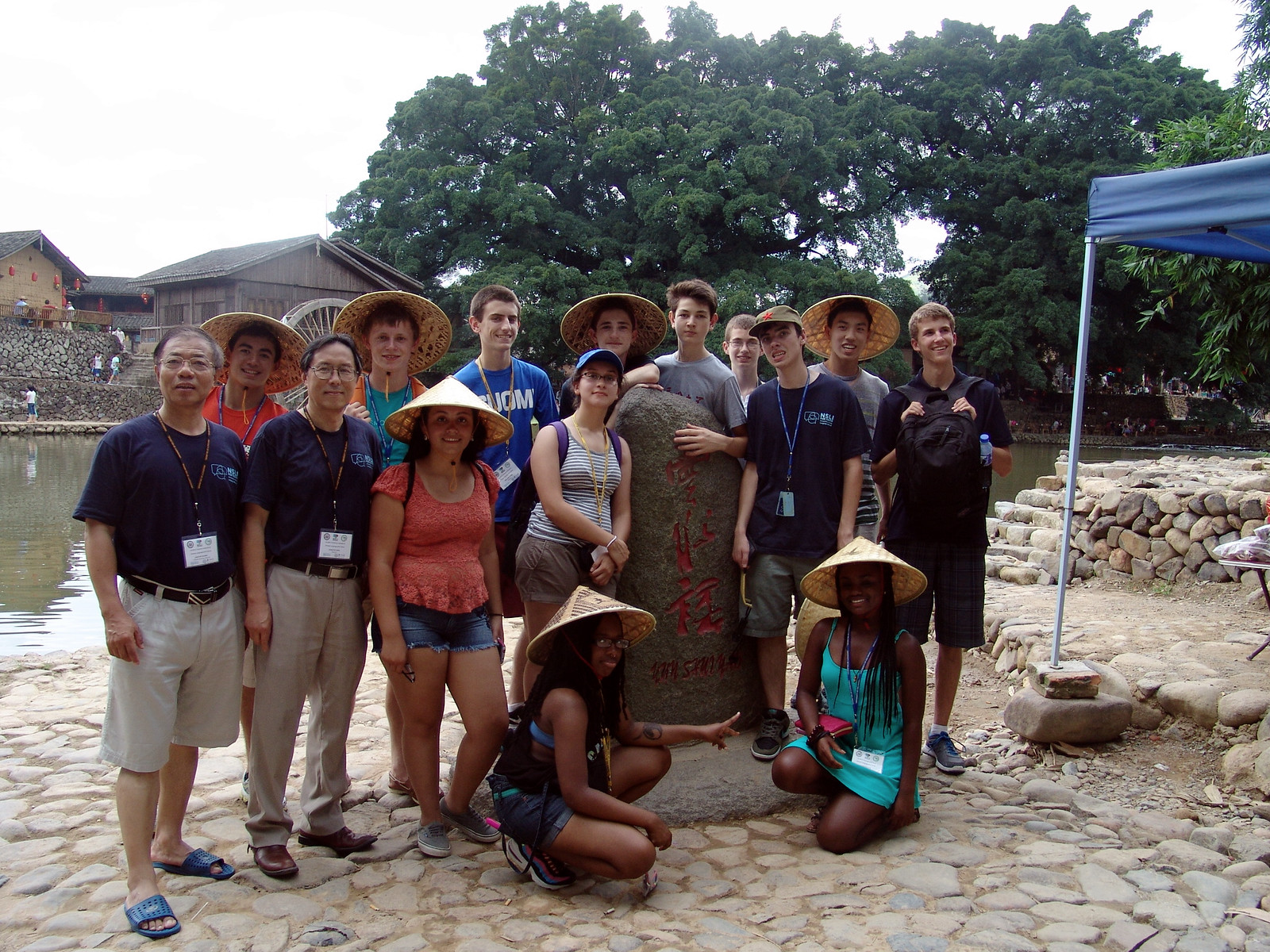 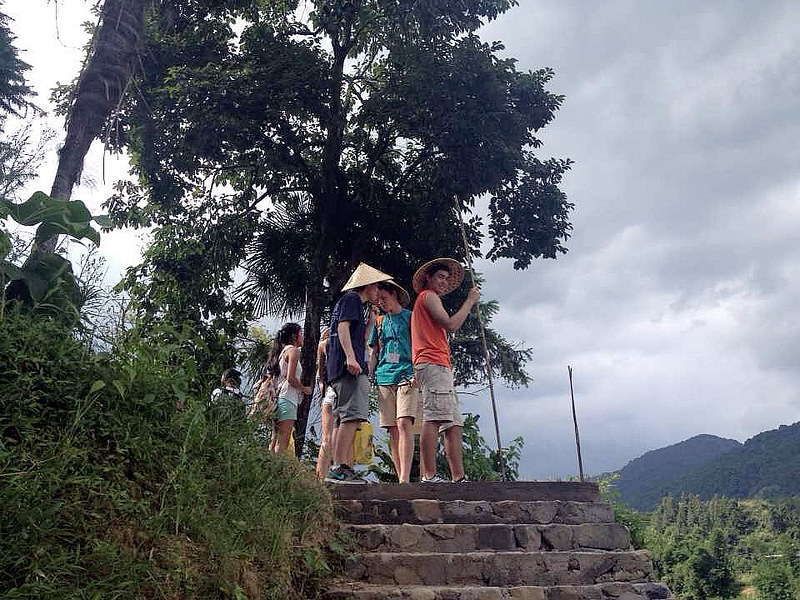 Farmers from the USA. 🙂