Even though the participants are far away from their home country, the UD-NSLIY delegation still got the chance to take one day off to celebrate the Independence Day in Xiamen, China.

8:40 in the morning. July 4th, 2014. The group left Xiamen Universty for a one-day tour in the famous city on the southeast coast of China.

Their first stop is Huxiyan Rock, located southwest to the Wanshi Botanical Garden.

It was such a nice treat for the group after they hiked their ways down to Hongshan Tunnel at the foot of the hill of Huxiyan Rock. It was part of the Yingxia Railway system that has served the north of Fujian Province to the south for nearly six decades but now is no longer in service. Hongshan Tunnel is renovated into a walking path that connects with nearby residential communities and parks. It was very cool and nice to walk through the tunnel in such a hot and humid day. 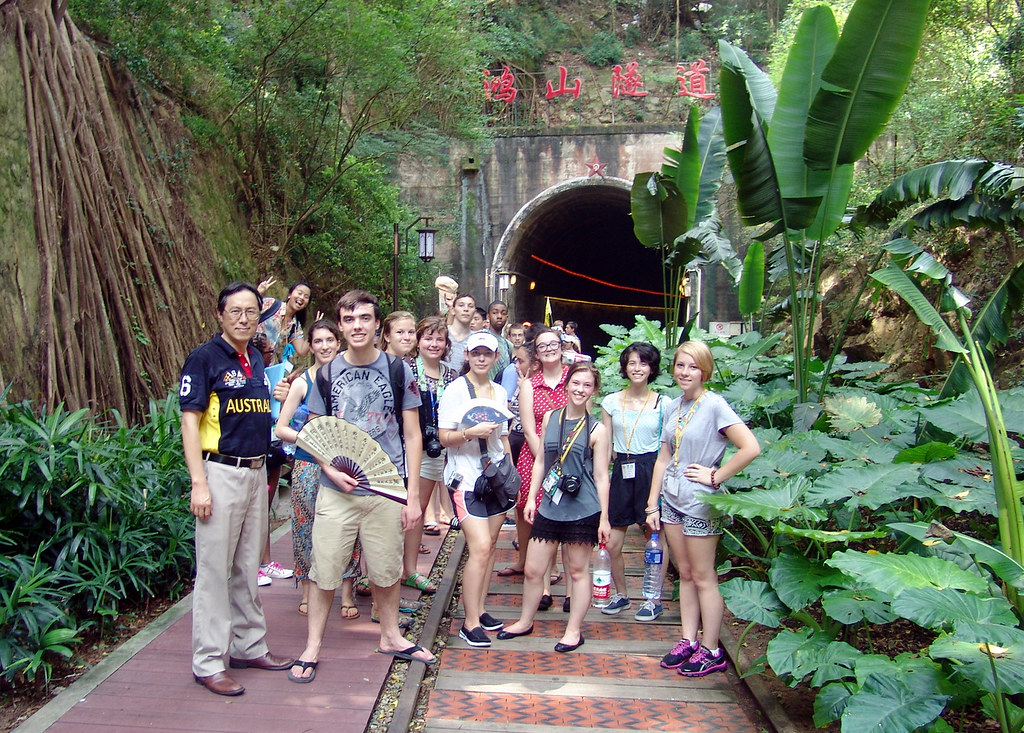 A cool hike in the Hongshan Tunnel.

The group visited Hulishan Fortress, on the beach behind XMU, a key national historical and cultural site in Xiamen. The Fortress, built in 1894, showcases Xiamen as an ancient battlefield where its people resisted imperial aggressors and resisting foreign aggressors in its more than 100 years of a gloomy history of rise and fall. The group visited the world’s largest cannon (Guinness 2000), the German-made 280mm Krupp coastal defense gun, installed in 1893. 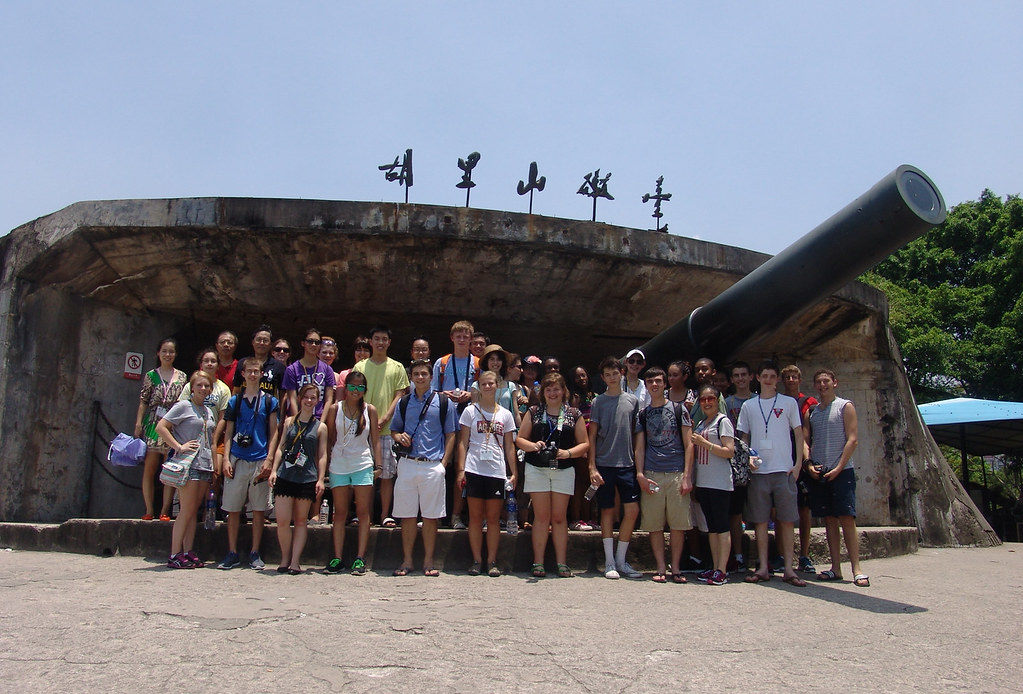 Group picture in front of the Krupp Cannon at Hulishan Fortress. 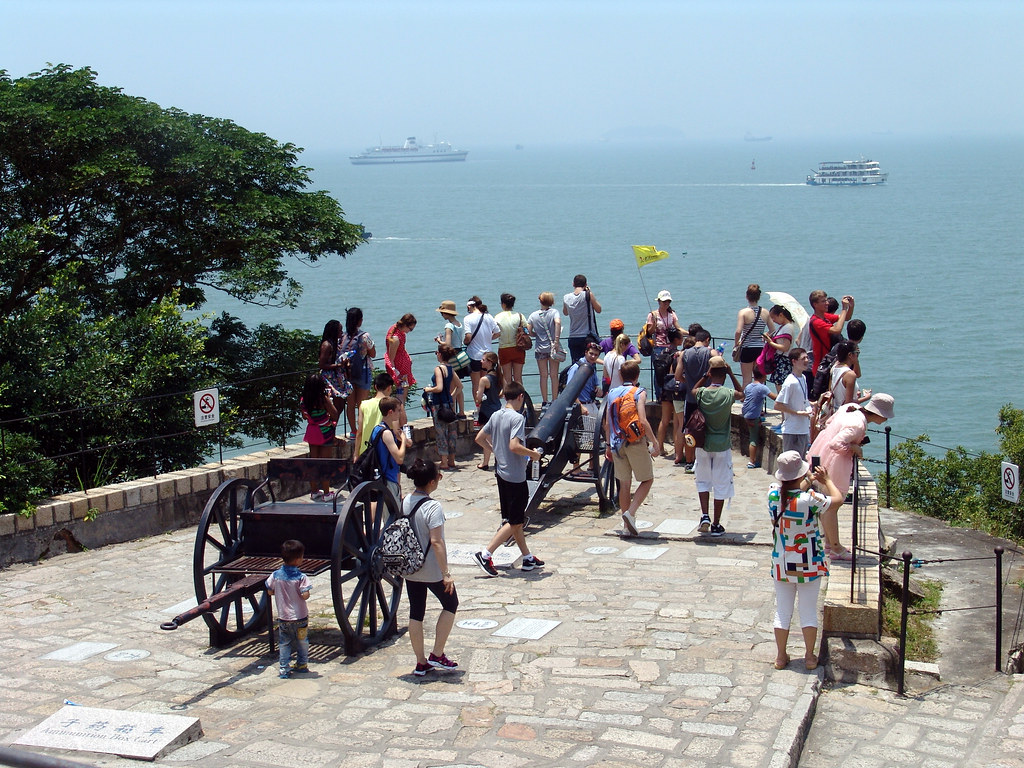 Oversee the southeast coast of China from the Fort.

After the Hulishan Fortress, the group arrived at the other side of the city Jimei District, where the famous Jimei Dragon Boat Races have been taking place for a couple thousand years. 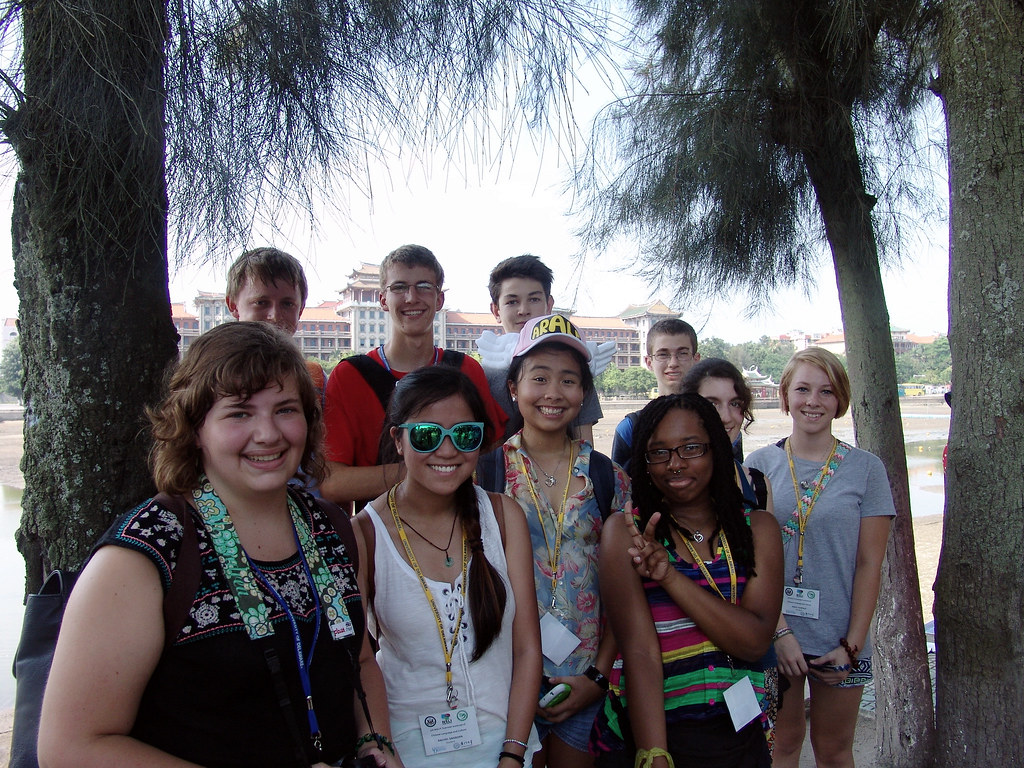 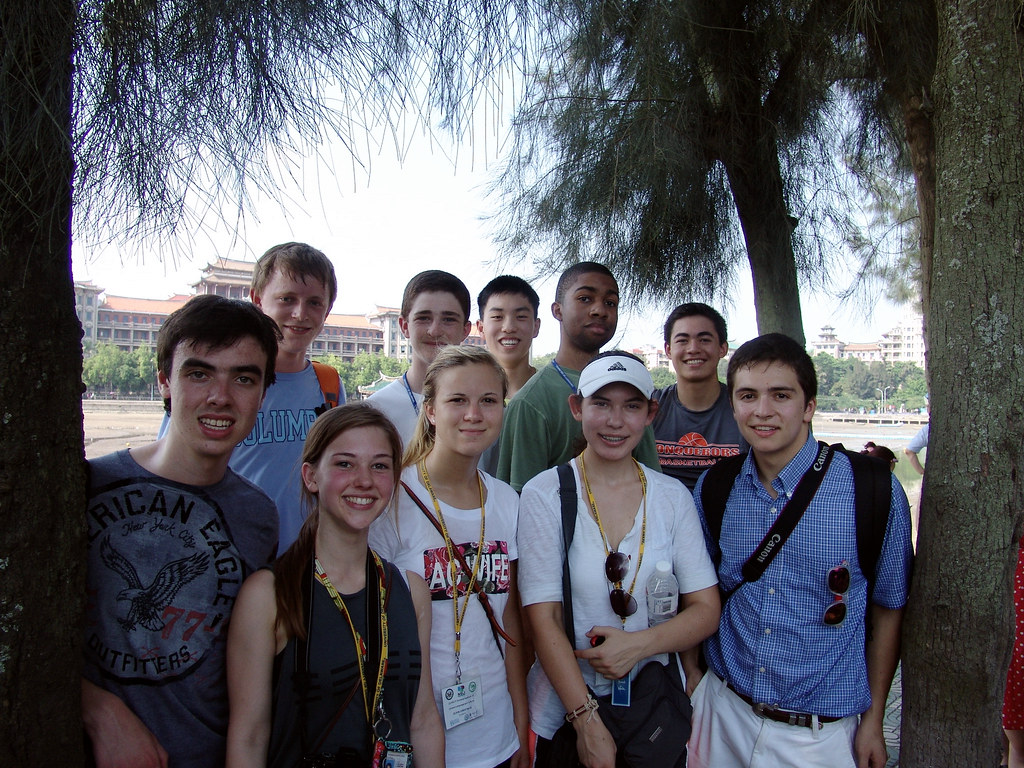 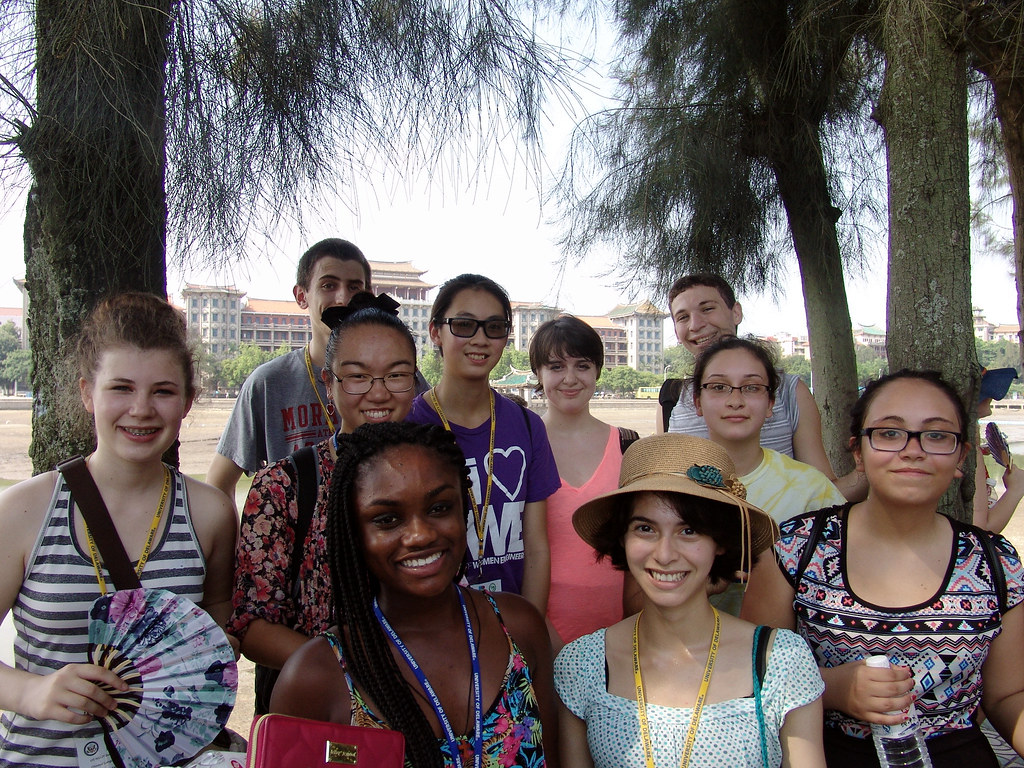 The group’s last stop of the day was on the Island Ring Road (Huandao Road). A relaxing walk along the boardwalks along the coastline, with random chats with local students and tourists in Chinese on the beach, just ended the day of July 4th perfectly in Xiamen. 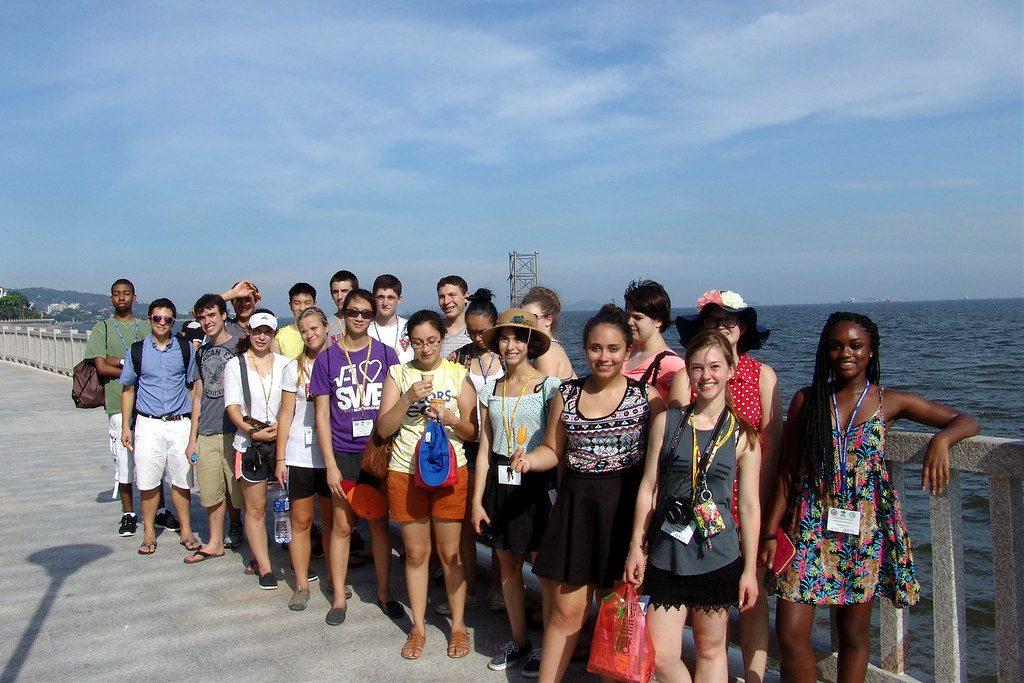 Right by the ocean. 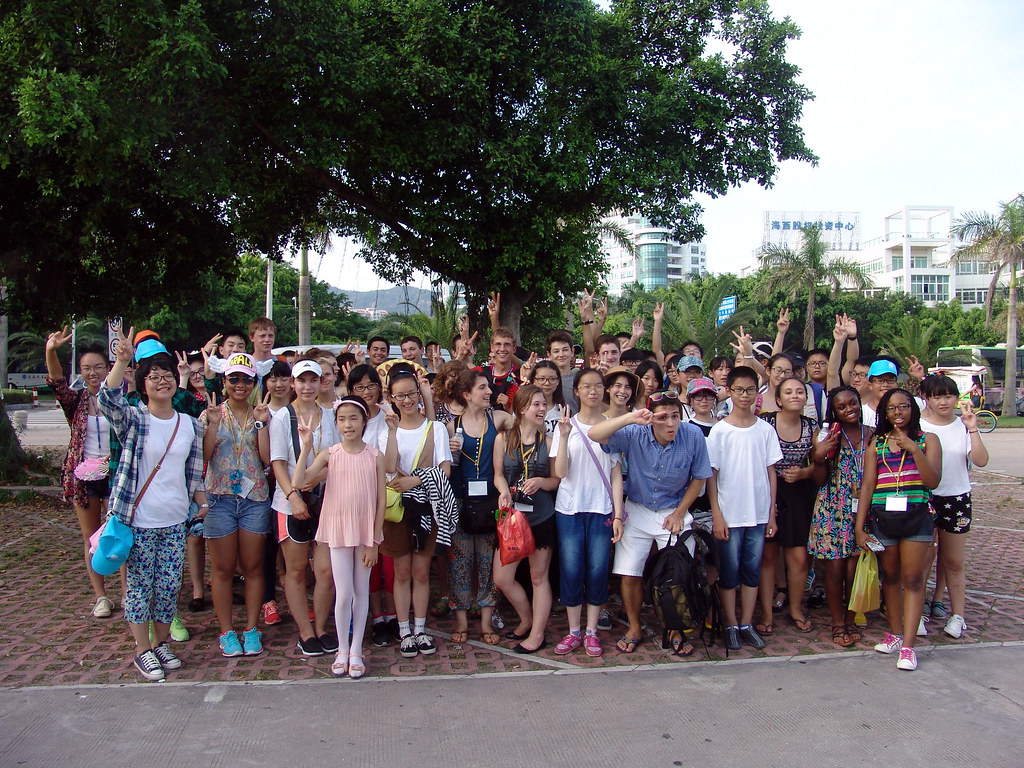 The group returned to Xiamen University after a dinner in the city at 7:00 PM.